Notes: Guess who has no time today! Or this week, really. Everyone in the house is sick, deadlines are looming, and I'm running on fumes. So today's post is a little different--a short Camille interlude, complete with pseudo-technical explanation of airship technology. Enjoy! 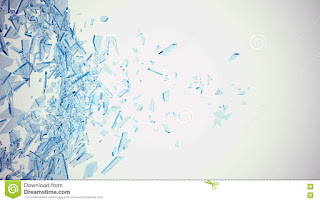 It was a curious, this ability of Camille’s to be surrounded by magic and yet untouched by it. As a child, it had been something that he regretted, quite apart from the stigma that came from not having a soul. There was magic aplenty in the Imperial Court, much of it geared toward entertainment for la noblesse and their families. Camille could watch a play acted out in light and shadow, but he couldn’t feel the prickle of twilight stars against his skin as they fell from the air onto the watchers. He could observe the other children running through a magical maze, but Heaven forfend that he try to enter it himself—the magic would simply cease to be wherever he encountered it, and all the other children would cry and rail as he ruined their fun. He still had a tiny scar just beneath his left eye from where the daughter of a marquis, quite put out with him for accidentally spoiling a game, had thrown a blue crystal vase at him. It had shattered against the doorframe beside his head, but a shard of the glass still pierced his face.

The first time he’d seen this flying contraption, Camille had refused to go onto it. At least with the tanks, if he fouled up the thaumaturgy the worst that would happen was that he and the crew manning it would have a walk ahead of them. If he obviated the spells powering an airship, he might fall out of the sky. While Camille was resigned to the likely prospect of a violent death, he refused to bring it upon himself if at all possible.

It was interesting, then, to be assured by the thaumaturge behind the airship that Camille could fly in it with no problem. “This model’s ability to fly is based in physics, not spellcraft,” he’d assured Camille. “The materials that create the vacuum that expands the negative space within its sphere are all perfectly mundane. The spells simply act as stabilizers and improve the rate of speed.”

“Negative space?” Camille had asked. “What exactly do you mean?”

The man had grinned. “I’m so glad you asked!” Then he proceeded to go on at length about  gases that were lighter than air, and how he had determined that if he could create a material that could be expanded from a perfectly empty state, the subsequent expansion would be filled with Nothing, which would necessarily be lighter than air and provide lift.

Camille considered himself a fair hand at most of the sciences, but the physics of this explanation had been quite beyond him. Nevertheless, the thaumaturge was right—the ship had lifted off with no difficulties with him in the cabin, well away from the expanding sphere of Nothingness above. Getting rid of any of the existing magic wouldn’t cause any sort of problem.

Adding to it was a different story. The device would lock into place if the stabilizing spells failed, maintaining their lift, but if the spells were altered by another thaumaturge, things would begin to unravel. It was best not to risk it.

Camille wondered what Anton thought of it all. I can ask…but no, perhaps he couldn’t. Perhaps he was nothing more than a brute in the eyes of his lover. Former lover?

He is exhausted and injured and aggrieved, and perhaps you are so quick to take offense because you know there is more truth to his question than you’re comfortable with. Camille knew that he was capable of great violence, but he hoped to hold that aspect of himself away from Anton. I would keep him in the dark about my own darkness, for as long as possible.

Unless it was forever, it wouldn’t be long enough.

The whistle sounded. All the passengers but himself had boarded. Camille squared his shoulders and marched resolutely onto the airship. They would have more time to talk in Paris. He would right things between them there.
Posted by Cari Z at 12:29 PM