Notes: Please excuse my attempts at Bengali, I don't speak it and am relying on reveral different websites for decent translations. It's just a few words, but I'm just putting this out there. 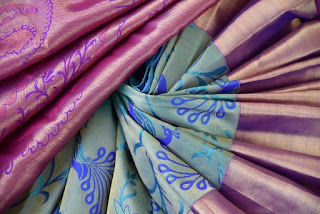 Two days later, Cas stood outside an older building on the east end of Obsidian, one child holding onto each hand and a royal guard behind him, and wondered what the hell he’d gotten himself into.
It was supposed to be a quiet, discreet visit. The sort of thing he could shrug off as a vague interest—oh, you know, linguistics is so interesting and I hear there’s someone there who came from Leelinge, so I thought I’d go and check it out. As soon as he’d broached the idea to Rone, though, it had gotten out of hand.

“That’s an excellent idea,” Rone had said. “I’m sure you’d enjoy the company of one of your own people for a time, too. And you can take the kids.”

Cas had nearly bitten his tongue. “What?”

“They’re itching to get out of the house, and this will be something novel for them. Besides, they’re both bilingual. It might be nice to utilize their native languages some.” Rone elaborated when he saw Cas glance at Shar. “No, he doesn’t speak it, but he understands. I think they miss it.”

“Oh.” And that had been that. There was no way Cas could call it off, either—not after Lilah practically jumped into the air with excitement when she found out.

“Is it for secret stuff?” she’d whispered that night as Cas was tucking her into bed. “For your mission?”

In the present, Lilah tugged at the end of his sleeve. “Don’t you want to go inside, Beren?”

Didn’t he? Wasn’t he anxious to find Danie Yorque—actually Christala—and confront her? Wasn’t he ready to take her to pieces?

Not with the kids along, he wasn’t. He’d have to play ignorant this time around, and even though it was technically a waste of time, something in his heart eased at the idea that the end wasn’t coming quite yet. It would arrive, certainly, but not—not just yet.

Of course, the organizer was expecting him. Security had cleared this whole visit ahead of time, so when a man with skin a few shades darker than Rone’s and wearing a blue, scholarly robe came forward as soon as they were in the door, Cas wasn’t surprised. “Consort Basinti!” The man bowed. His pince-nez didn’t drop even a millimeter—they must have been made very true to their name. “What an honor to have you with our humble group today.”

“Prime Lord Aheer,” Cas replied with a polite nod, just like he’d been told. “It’s our pleasure to be here. Thank you for making room for us.” Lord Aheer was in the lower rank of the nobility, a researcher and linguist, and about as well-traveled as an Imperian could be without joining the military.

“Naturally, naturally!” Lord Aheer straightened up with a smile, his eyes bright. “It isn’t every day my humble fellows and I get the chance to hear a rare dialect of Delacoeurian origin from a native! And of course, it’s a delight to speak with your children as well.” He cleared his throat and turned to Lilah. “Namaste.”

“Oh, good.” He glanced at Shar, who stared stoically back at him. “Ah, would either of you care to join our Shivan experts for a little conversation? They would love to speak with you.”

Cas nodded when Lilah looked up at him. “Go ahead, I’ll be with you in a minute.” Lilah squeezed his hand, then detached herself and her brother and headed toward the group of three women in the next room that Lord Aheer pointed out. One was clad in a familiar red uniform—some sort of civil servant, perhaps? The other two wore sumptuous green and blue and purple fabrics, more cloth wrapped around a single person than Cas had ever seen before. Wearing something like that would have been considered wasteful, back home. It made his heart hurt a little to think about it, and he wasn’t sure if that meant he missed Leelinge or just missed all the potential joy his people had ignored in favor of bitter practicality.

He pushed the thought aside and turned his attention back to his host. “Lord Aheer, I was under the impression there was another Delacoeurian who met here. I can’t be very unique, in light of that.”

“Oh, yes.” The other man’s expression became somber. “We did have a young woman join us for a short time, but she went missing last week. Of course,” he added with a grimace, “missing is something of an understatement, considering Danie was going hiking near the Pelean Flow. Several of us advised her to reconsider—it’s safe enough in the cool season, but so near the eruptions it’s foolhardy to walk those trails. The government closes off most of the access points, but a determined person can still get back there.”

“Most of it’s quite cool,” Lord Aheer assured him, “and the sights are—unparalleled, really. But when she didn’t show up to our meeting last week, we alerted the authorities to her absence and intent. They checked her home and did a cursory search for her, but with the riots and the enormous eruption right before them, they didn’t have a lot of people to spare.” He shrugged regrettably. “I’m afraid it’s unlikely that we’ll see her again.”

“Ah.” Damn it. Christala had jettisoned her new identity. With her ability to use the phage as a tether to other people’s minds, and the fact that she could literally be anyone right now, Cas felt like he’d been dropped back at square one. “I’m sorry to hear that.”

“If you’re interested in learning more about her, perhaps a chat with Shivani?” He gestured to the woman in government reds sitting with the children. “They were friendly with each other.”

The kids were happy to have him join them, but Cas redirected their attention to the other two ladies and once Lilah was chatting happily in Bengali again, asked Shivani about Danie.

“We live in the same building, but I wouldn’t really call us friends,” Shivani said. “When she first arrived I helped introduce her around, got her in touch with the building event group, asked her to a mixer with a lot of the other palace staff—that’s where I work,” she added. “In groundskeeping. I’m in charge of one of the rare flora greenhouses. But she didn’t really seem to click with any of it, and after a while I figured it was better not to bug her and to let her acclimate at her own pace.” She looked down at the table. “And now she never will. I wish she’d come to me, I would have told her not to go, or at least not to go alone.”

“She probably wouldn’t have listened anyway. Delacouerians are a very stubborn people.” Cas smiled. “I should know.”

“It’s nice of you to take an interest.” She leaned forward a bit and asked, conspiratorially, “Do you have any idea when the samples from the mission to your planet will be released to the public? I’m dying to get a look at some of your native plants. I have a friend who works in the botany lab on base, and she isn’t allowed to give me details but she says the fungi are amazing.”

“I’ll see what I can do to speed things up.” Which would probably be very little, but he’d try anyway. “Thanks for talking with me.”

“It’s my honor, Consort.” She paused, then said, “Can you at least tell me their color?”