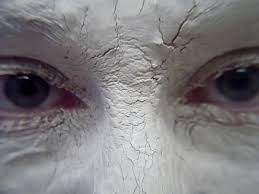 Not everyone’s reaction to planning the beginnings of their greatest revenge would have been to take a nap, but Cas wasn’t everyone. He carried a phage, and that phage was starting to make demands.

In most ways, the phage made Cas better. It was nearly-impenetrable camouflage, it offered incredible options for attack, it responded to commands and controls with precision and alacrity. It was like having a really excellent partner who lived just beneath his skin. In a few ways, though, the phage was a constant challenge.

The phage had needs, and when those needs became pressing, it took care of itself first. It didn’t give a damn about your plans or agenda, it didn’t care if you had someplace you absolutely had to be, it just took its due. Whether that was making you sleep for three days straight, eating a ridiculous amount of sugary food, or lying in a hot mud bath for hours on end, you would pay or you would damage it beyond repair.

The way to forestall that sort of desperate play by the phage was to take care of yourself while you did your job, but Cas simply hadn’t had the time or ability to do that lately. If he didn’t take some time now, though—if he didn’t let himself get a full twelve hours of sleep, at a minimum—then the phage would stop supporting his shift. He needed to let it go for longer than the nap he’d gotten earlier, back in Rone’s tent. He needed to turn back into himself for a while and let the phage, and his own cells, rest and recover.

He had the time now, but he was also trapped in this ship, and undoubtedly being monitored by his husband. Privacy wasn’t something he could reasonably expect—if it wasn’t Rone, then it might be someone on the medical team. Either way, he couldn’t risk it, so he needed to come up with a reason to hide his face.

Remembering his last mud bath gave him an idea. “AI,” he said. “What personal hygiene products are available for use?”

It listed about ten basic products: soap, shampoo, exfoliants, antibacterials. Not quite what Cas was looking for. “Can anything be more specifically synthesized?”

“We do not have that capacity on board, Consort.”

Lovely. He’d have to make this on his own, then. “Fine. I need the basic soap, a moisturizing lotion, and a bowl of cooked oatmeal.”

“I will ensure you are supplied.”

“Thank you.” Joy of joys, it was time for a facial.

It was a clumsy way to hide a change in his appearance, but Cas had used it before. As long as he caked whatever product he was going to wear on thick enough, it would hide the imperfections in his mask. He and Beren were so close in appearance anyway, it wouldn’t take much. It would give him the excuse he needed to rest the phage and keep Rone entertained if he bothered to check on him. Speaking of which… “AI, how long before my dinner appointment with Rone?”

Perfect. “Please wake me in thirteen if I’m not already up.”

“I will do so.” The door chimed. “Your requests have arrived.”

It didn’t take long to mix up something that would render him unrecognizable without harming his skin. Cas went into the bathroom to apply the paste to his face, caking it on thick enough that he’d have to let it dry some before lying down. Once he was sure his coverage was good, he let the phage withdraw, not just relax the way he’d done earlier. It retreated into itself, deep under the surface, and Cas resisted the urge to gasp.

Fuck, that hurt. His muscles had to remember how to take the weight of his own features. He stared at his ridiculous reflection and willed himself not to cry—there was no phage right now to block his tear ducts, but by god he wasn’t going to reapply all this shit because he ruined it with a tear. He’d be fine. He just needed to lie down.

Cas’s whole body ached as he eased himself onto the bed, the residual damage that the phage had been compensating for catching up with him. Without it to help manage his reactions, everything he felt seemed magnified. Cas settled his head back on his pillow and sighed deeply. Whatever. He was disguised, he had an alarm set, he needed to sleep. His body would follow suit fast enough.

It fucking figured. First time in a bed in what felt like ages, the first time letting the phage relax in even longer, and instead of getting its own much-needed rest, his body decided “woohoo, time to let loose!” Of course, it had been something like…weeks…months since he’d last come, but…

Cas glared down at his erection, tenting the fabric of the loose pants he wore. It remained unfazed. “Fine,” he snapped, getting under the top blanket before he shoved his pants down. If there was an observer checking in on him now, they weren’t going to get a show. “AI, take the lights down to five percent.”

Undoubtedly the place was equipped with night vision, but every little bit of cover helped. He would just take care of this fast, and then—

“Ohhh.” It had been a long time since he’d let himself get hard like this. Just the touch of his own hand made Cas tremble like he’d been punched in the gut. “Fuck.” He started to bite his lip, then stopped, remembering the mask covering his face. A mouthful of soap would only make things even more awkward right now.

All right, fine, it was…kind of nice. Cas closed his eyes and stroked himself, squeezing tight from tip to root, no teasing or playing around. He wasn’t in it for something long and languorous—he needed to get off and get to sleep. Up, down, up, down, fucking up into his fist a little bit as he thought of nothing much at all, nothing except—

--Rone’s broad shoulders straining the fabric of his uniform, and that smiling mouth, and how good it would be sliding down his cock and—

No. No indulging in using his husband as mental candy, he was using the man enough already. Cas was going to seduce him, wanted to lock him in tight before he started the next phase of his operation, but that didn’t mean he had to be a little shit about it.

It’ll go better with you being attracted to him, the logical side of his mind somehow found the blood flow to say. Might as well get used to coming with him on your mind.

Fine. Then this was going to be over very quickly.

If Cas had his way—if he didn’t have to pretend to be Beren, who would be shy and suggestible in bed, then he would put his handsome husband on his back, spend about an hour opening him up with his fingers and tongue and whatever they had on hand that would fit inside of him, then fuck him so hard he couldn’t breathe. He’d bend Rone’s knees back until they touched his ears and use the phage to keep himself hard, to delay coming until he’d made Rone spill at least twice, then—and only then—let go. There was nothing better than riding that edge, making your lover both satisfied and desperate until finally—

“Mmmmmm…” He came as quietly as he could manage, only remembering at the last second that when he didn’t have the phage, he couldn’t control whether he actually ejaculated or not as he orgasmed. And this time, whoa, did he ever.

“Shit.” He’d made a mess of this blanket. He should clean it up, but…damn, he was tired now. And there were two more of them.

Cas shoved the messy blanket off to the side of the bed, pulled another one up, settled back carefully enough that his mask stayed in place, and finally let himself fall asleep the way his body was screaming for.

He’d better damn well wake up before Rone got in here and saw all this.
Posted by Cari Z at 9:29 AM