Notes: This isn't what I had planned on writing, but plot and character intruded where I wanted something a little...sexier. It's also on the short side, but I had a surprise outing with Baby Girl and feel fortunate I got enough time to eat, much less write a thousand words. So please, enjoy, and rest assured that I'll do my best to give the next chapter a more satisfying conclusion. 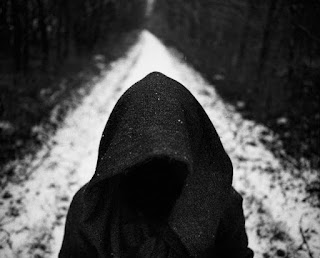 Anton was never one to regret time spent in study, but even for a student as keen as himself, the day dragged. It didn’t help that he had no time to spend on his own work—he assisted in the first two classes, then narrowly evaded being dragged to a lunch he no doubt couldn’t afford by Montgomery and his companions by hiding—or rather, evading notice—in an empty classroom.

The increasing interest that the other man had in trying to monopolize Anton’s time was irritating, and put him in mind of a little boy who, upon being told no, promptly threw a tantrum. Probably at this point, the fastest way to get rid of the man would be to go and waste some time with him in a public setting, to make it clear that whatever game they were playing at, he had won. It would require nothing more than for Anton to swallow his pride, really. He ignored the uncomfortable squirming sensation in his stomach at the thought of being seen with peers of the realm, however removed they were from their homeland, and mentally shook his head. Perhaps when he had resolved things with Camille. For now, he had no time to waste on braggarts and buffoons.

After lunch Anton had office hours, which were interrupted halfway through by Doctor Grable himself. He shooed the underclassman out of the small room that had been set aside near his own, much larger office, shut the door, and turned his famous glare on Anton as he crossed his arms.
Doctor Grable was a brilliant thaumaturge, one of the few researchers who Caroline spoke well of, as well as a reputation for prowess at using his gift in combat. Where he had learned such skills no one was exactly sure, and the dour, stern-faced doctor wasn’t saying, but everything about his demeanor, from his craggy face and stormy brow to his stark black robes, warned the wary to tread cautiously. The unwary rarely got far enough to annoy him before he removed them from his presence. And now he was here.

“I understand you’ve been in contact with one of our emperor’s lumières.”

Wait, what? Anton thought the whole reason Camille had gone without him to see Doctor Grable was to keep his involvement quiet. His mentor must have read something of his confusion in his face.

“After Lord Lumière informed me of the circumstances of the deaths, I offered him the use of my best forensic thaumaturge—you. He politely refused, which is not the action of a man who wishes to solve crimes. It didn’t take long to realize that he must have felt at liberty to refuse my offer because you had already given him assistance. This whole matter…does it have anything to do with that bloody business on the train?”

“No, sir.” Anton found his tongue at last. “No, not at all. That is merely where I made his acquaintance. There’s no connection, as far as I know.”

“But you are working with him.”

“He asked for my assistance and I gave it.”

“Then you know what—who—he’s looking for.”

“If there is a murderer among our students, I want to know about it. It becomes my business, whether Lord Lumière wishes it or not, because I am responsible for them.” He held up a hand as Anton opened his mouth. “In the broadest sense, I am responsible for the actions of all the gifted who reside in this school. If one of them is misusing their gift in such a heinous way, then it falls on me to act. Not him. Me.” The passion in his voice spoke of violence, and Anton barely resisted the urge to shudder. When Doctor Grable took a step back, it was as though Anton could finally breathe again. “I trust you’ll tell him this when next you see him.”

“Don’t bother trying to deny it—he would be a fool not to make more use of you. You might be rather too narrowly focused in your studies at times, but where you make an effort, your results are always exemplary.” It was perhaps the first open and direct compliment Anton had ever had from the man, and he tried not to let the glow of accomplishment it lit within his chest shine too brightly on his face. “That said, if you don’t involve me in the prosecution of this matter, I am perfectly prepared to make your life quite difficult, Mr. Seiber. Quite difficult. Do you understand me?”

The glow was promptly snuffed out. “I do, Doctor.”

“Good. Carry on, then. Consider yourself relieved of your teaching duties until this mess is resolved.”

“Thank me by catching the bastard responsible for this.” A moment later Doctor Grable let himself out, and Anton slumped back into his chair, winded without even having moved. He wasn’t intimidated by many people—annoyed by them, forced to be polite to them, reluctantly respectful to them yes, but intimidated? That honor was reserved for people he was attracted to and Doctor Grable, possibly not in that order.

Being relieved of his teaching duties was pleasant, but of course no one had thought to tell the students that, and Anton felt obliged to see the ones who had been waiting outside his office before leaving. By the time he was done with them all, the sun had vanished over the edge of the mountains, the time to meet with Camille was drawing near, and he had managed once again to eat nothing since breakfast. Anton stopped in the dormitory long enough to grab a cup of tea, constantly alert to evading notice, but he seemed to have weathered the worst of other peoples’ unwanted attentions at this point. He grabbed his holdall, not sure what might be required of him this evening but wanting to be prepared for anything, and headed to Camille’s inn.
Posted by Cari Z at 2:13 PM