Notes: FINALLY! And even on the day I intended, because my baby is being so good today. *knock on wood* It isn't the longest scene ever, but I hope you enjoy it. 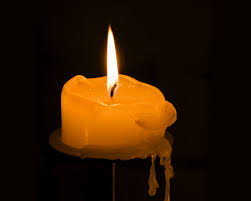 It felt cruel—worse, unfair—for their moment to be derailed by something as simple as dinner. For an instant, Anton wondered if it were even worthwhile to pursue this man any further. Clearly God and the universe were determined to deny him. He rolled his eyes at his own melodramatic thoughts, but truly, he couldn’t remember feeling so frustrated so consistently by anything else in his life.

While Anton sat and stewed, Camille went to the door and retrieved their meal from its deliverer with a simple, “Thank you,” before shutting the door once again. It smelled good, hearty and filling, and Anton could almost resign himself to eating rather than enjoying more novel pursuits.

Then Camille set the covered tray aside, reached out to Anton, pulled him from his chair and pressed their mouths together in one swift motion. Anton flailed for a moment, startled, before his body caught up to Camille’s. He threw his arms around the taller man’s neck and leaned into the kiss like it was elemental to his very existence. At that moment, it might have been. No one, there had been no one else since that day on the train—and even before that, no one for a long time. The flame that had been smoldering ever since Anton laid eyes on Camille yesterday roared to an inferno, and he didn’t even realize his hands were fixed so tightly in Camille’s jacket they were close to tearing it until Camille pulled back just enough to breathe and murmured, “It’s all right, I’m not going anywhere.”

“I don’t believe it,” Anton muttered. “In another minute there will be a mysterious murder, or someone will attack us with an enchanted knife, or perhaps the sky will fall. Something will try to prevent me from touching you, and that’s intolerable.” Nevertheless, he let go of Camille long enough for him to unbutton his jacket, while quickly seeing to his own as well. He almost pulled a button off in his haste, but Anton couldn’t find it in himself to give a damn.

“Even if the sky did fall down, I would stay here with you.”

Anton smirked. “So I rank above natural disasters but below murders? That is good information to have.”

“It’s best to be honest with each other at this juncture, isn’t it?” Camille reeled him back in and Anton went, his breath hitching as those long arms wrapped around his waist and pulled him in tight. Tight enough that he could feel Camille’s interest, and God, if that wasn’t enough to set his heartbeat on a tear again. “But if it helps,” Camille said, trailing his lips over Anton’s cheek and down his jaw, “I would insist upon you joining me for a mysterious murder.”

“It-it definitely doesn’t—ah—doesn’t hurt.” Nothing hurt right now—his blood was hot and swift and coursed through his body like lightning, pleasure following in its path. “Can we—can we not—”

“Come here.” Camille sat down in his chair once more and drew Anton down onto his lap, legs straddling his thighs. It was a ridiculous position, not what Anton had had in mind at all, but once he was there he was immediately reluctant to shift again. Camille held him tight like a vise with one arm, the other sliding beneath the waist of his trousers and freeing his shirt. Anton fisted his hands in the lapels of Camille’s waistcoat and pressed back against the touch.

It had been so long. Too long, but every offer of company he had refused, every advance he had ignored in favor of work or solitude or even simply out of caution, it was all worth it to feel this way now, like he was going to shudder free of his own flesh from something as simple as fingertips tracing the knobs of his spine. He couldn’t move, just held on and breathed and tried to keep from flying apart. Camille pressed a kiss to his Adam’s apple, then began unbuttoning his shirt.

“Gorgeous,” he murmured as he slowly exposed more skin. The room wasn’t overly warm, not with its stone walls and lack of a fireplace, but Anton felt deliciously overheated in Camille’s lap. “I wanted to see you like this almost from the moment I met you.”

Anton chuckled, a raw, hungry sound. “You—you were considering killing me the moment you met me.”

“I did say almost.” He rocked Anton forward to kiss his bare chest, bringing their bodies flush together. Anton moaned and thrust down, sliding one hand behind Camille’s neck and using the other on the armrest to provide leverage. The contact tantalized, but it wasn’t enough.

“Let me up and I can undress more fully…” He didn’t want to pull away, but how else were they to continue?

“Mmm, no.” Camille moved his free hand to the front of Anton’s trousers. “No, I like you like this, just debauched enough that I can still picture you all buttoned up, stern and proper.” He undid the fastening, then slid his hand inside. Anton arched helplessly into the touch of his warm palm. “Just open enough to remind me how fortunate I am to get this far.” His fingertips gently grazed Anton’s erection, making him groan with need and frustration. “And just passionate enough that I could never forget who it is I’m with.”

“And desperate enough that I will wreck you if you don’t—” His words choked and stuttered in his throat as Camille gripped him at last, hand warm and tight around his member, and began to stroke. It was dry, but that didn’t matter, Anton wouldn’t last long enough to feel the burn of it. He glanced down once, then shut his eyes, almost overwhelmed by the sight of Camille’s hand gripping him so closely. His mind strained for control, for a bit of distance, but his body had other ideas and rocked in time to Camille’s rhythm.

“This is what you wanted.” The words were a blistering heat against his collarbone, followed by sharp, curiously gentle teeth. “This is what I wanted, to see you like this, to feel you open and wanting, even though you know exactly what I am. You’re brilliant, so brilliant, Anton. Come for me.” The words were part order, part entreaty, and Anton could no more disobey them than he could relinquish his magic. He gasped and let go, soaking the space between them and ruining Camille’s waistcoat without a second thought. Pleasure flared across his mind like a wildfire, burning fast and hot and fading into a sweet, satisfied glow as he caught his breath.

With his breath returned his reason, and Anton looked down, dismayed. “You haven’t—”

“Not yet.” Camille smiled wryly, and perhaps a bit jaggedly himself. “It won’t take much. Just—here.” He pulled Anton down more firmly and thrust up against his groin, hard and firm into the crease of Anton’s legs. Anton moaned, residual pleasure swamping him, and the sound echoed through Camille’s chest a few moments later as he found his own release.

They sat together a while longer, breath gradually slowing and hearts calming. Anton was reluctant to pull away from where he’d draped his head over Camille’s shoulder, afraid of what he’d see in the other man’s face now that the act was done. It would be awkward, there was no denying that, not with his cock laying limp and cool now between them and the smell of sex still lingering pungent in the air. Awkward he could handle, as long as there was no regret. Regret, he didn’t think he could bear.

A gentle hand guided his head back, but before Anton could force his eyes open, his mouth met Camille’s in a gentle kiss. His anxiety melted away, tension he hadn’t even recognized creeping into his shoulders vanishing just as fast as it had arrived. They kissed without the desperation and heat of earlier, but it was just as satisfying in its own way.

When Camille finally pulled back, his expression betrayed nothing but contentedness. “Dinner?”

Anton bit back the urge to break into laughter at such a simple question after what they’d just done together. “Yes, please.”
Posted by Cari Z at 2:27 PM