Notes: Who needs a break from all the violence? Me me me! Have a happy chapter of Reformation. Don't worry, it'll get vicious again soon. 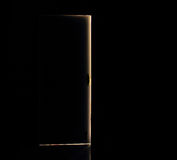 Cody didn’t shut his eyes during their descent.

He probably should have. As good as the shielding was around the bike, it wasn’t tinted, and his eyes didn’t naturally protect themselves against brightness like a normal’s did. He was going to be seeing spots when the fire finally burned itself out, but for now he couldn’t bear to look away. It was all he could do to keep breathing, calm and steady, for Ten’s sake when he really wanted to scream with sheer joy.

This, this was what he wanted in life. Not to be coddled or gentled or taken care of, although sometimes those things were nice too. But Cody wasn’t built for that, and he didn’t know where the urge came from—both his biological fathers were pretty conservative about risks—but he wanted to push himself right to the edge and then stand there, toes hanging over it, take a deep breath, and then think about falling right off.

And now he was falling, plummeting through the sky like a meteor, so shrouded in flames it seemed like it must have consumed him, it must have, because how could anyone live through something like this? Something so beautiful, and so impossible?

Superior engineering, you idiot, he heard Ten say in his mind, and Cody let himself blink for just a second, patted the back of Ten’s trembling arms around his chest and reminded himself that he was still alive, this wasn’t a dream, and he’d better be prepared to handle their landing because it was clear that Ten wasn’t in any condition to.

He watched the numbers fly by on the altimeter, and as the flames finally began to give way to dark night skies, Cody punched the activation for the antigrav drive. It sputtered, electronics probably confused from extreme cold and extreme heat, and didn’t light up. Cody punched it again. Glanced at the altimeter. Did it again. Primed it with oil direct from the engine, dangerous to do but they were under five thousand meters now, and punched it again.

This time the power caught and held. The bike slowed and came to a trembling stop a thousand meters above the roiling sea, its batteries hovering at around five percent. Not good. The shields had drained them more than Ten had anticipated they would. Cody squinted—yep, still seeing stars—and pulled up a map of the surrounding terrain with his implant. Their calculations should have brought them down near the coastline, less than twenty miles away from Pandora City…

There was the coastline, and the great fuzzy blur of energy his implant was showing him in the distance had to be the city, protected from incursion by its own shields. Originally, the plan had been to drive the hovercycle straight to the edge of the city and enter on foot, but even as he watched, the battery went from five percent to four. It wouldn’t recharge until it spent some time in the sun, and there wasn’t going to be any of that on this side of the planet for at least another nine hours.

“We’ve got to set down early.”

Cody patted Ten’s arms reassuringly. “It’ll be okay, we’re fine, we’re just low on charge. We’ll make it to the Box tomorrow once we get a little sunlight.” Ten’s solar battery design was ten percent more efficient than the kind that was commonly commercially available, and Cody had seen it in action before. “A few more minutes and we’ll be on the ground.”

“Yeah, baby.” Cody aimed them for the coast and increased their speed. Thankfully the sky was pretty clear tonight—hopefully that would last through the morning and a recharge, and they could sleep outside with some of the survival gear he’d packed, although it wouldn’t be comfortable…

But wait, no. Weren’t there bunkers set up along the edge of the cliffs? Cody was almost positive that he’d heard Garrett mention them before, failsafes dating back to the expansion period that had never been decommissioned, just kind of forgotten about. One of those would be perfect. He set his implant to scan for habitable enclosures, and two-point-five seconds later, it outlined a squat, round shelter in his head. Less than a mile away. Excellent.

Getting there was easy. Getting Ten to let go of him long enough to actually dismount from the bike was significantly harder, and involved a lot of petting and promises before Ten could even lift hir head. Cody twisted around in his seat and kissed Ten softly on the mouth. “Okay now?”

“Oh…okay, yes, of course I’m okay.” Ah, that was more like the Ten that Cody knew and loved. “I’d be more okay if my ass wasn’t half asleep and we were inside that bunker instead of out here in the wind and the cold like—” Hir voice broke off for a moment as ze stared quizzically at the bunker. “But this one is already inhabited.”

Ten rolled hir eyes. “I mean the door is cracked open, there’s a dim glow coming from inside, and this close I can actually hear voices murmuring. Did you stare at the fire for too long?”

“No,” Cody protested, not about to confess that maybe he was still seeing a few flashes of light here and there. There was a bit of a glow around the right side of the bunker’s door, but he’d dismissed it as an afterimage. And he didn’t have Ten’s hearing modifications either. “Do you think it’s someone from a Federation ship?”

“Maybe. The only other option is that it’s someone from a pirate ship.”

Oh, and wouldn’t that just be perfect? To get all this way only to fall victim to a pirate once they were on the fucking planet.

They didn’t get the chance to debate it any further. A second later, a cylindrical object emerged from the crack in the door and steadied itself in their direction. Cylindrical…it was weird, but Cody was almost sure that was a—

“Gun!” Ten hissed. “Whoever’s in there is pointing a gun at us! Get the shields back up, now!”

“We don’t have enough power to raise them again!”

“Well, we better have enough power to fly away, because—”

That—wait. Cody shook his head. That voice… but no. It couldn’t be.

“Identify yourselves now or face the consequences!”

It had to be. It was impossible, but it had to be. Cody had heard “face the consequences” in almost that exact tone more times than he could remember. He cleared his throat, but his voice was still scratchy as he managed to say, “Dad?”

After a whispered, furious conversation inside the bunker, the door opened far enough for Cody to get a good look at who was behind it. All he could see was the man’s silhouette thanks to the flashes in his vision, but that was all he needed to see. He’d know that person anywhere. “Dad!”

“Cody? What the hell—” As astonished as Jonah sounded, though, his arms were open and ready for Cody when he practically fell into them a moment later. “Oh my god.” His dad’s hand carded through his hair, pulling him in as close as Cody could get. “Oh my god, kid, what are you doing here? I thought you weren’t with the rest of the fleet.”

“’S a long story.” Cody felt almost drunk with relief. But… “What are you doing here? Why aren’t you inside the city?”

His dad laughed weakly and pressed a kiss to his forehead. “That’s a long story too, son. That Ten with you?”

“Of course it is.” He didn’t sound mad, though. Mostly pleased. “You two need to come inside and get warm. The tales will have to wait.”

Under the circumstances, Cody definitely agreed.