Notes: Back at last! Sorry for the delay, and the fact that it's not terribly long, but hey--it's here. And Cody and Ten! Yay!

Also, again--sorry for the delay, but winners of the audiobooks for Where There's Fire will be announced tomorrow! The conference was fun, the networking was great, but omg--I'm so tired now. 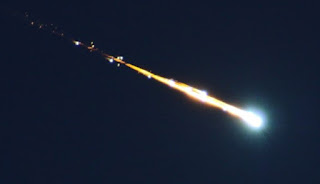 It felt different than ze had expected, approaching the planet like this. Ten had done the same exposure and zero-g training that every cadet at the Academy did, and while careening through a planet’s atmosphere in an attempt to safely land a modified hoverbike on its surface was decidedly not one of the training scenarios, it shouldn’t have made any difference. Ze’d been exposed to crashes, explosions, breakaways—every nasty thing the programmers could think of. Hell, Ten had been in actual shuttle crashes, so this really shouldn’t have fazed hir at all.

Which was why ze couldn’t understand why hir heartrate was spiking so abnormally, or why it felt like their oxygen supply had already run out even though ze knew, logically, that that was impossible.

“Everything looks good,” Cody said from in front of hir, his eyes glued to the instrument panel. Never mind that the bike was projecting data that could be read directly through their implants—Cody had never quite attached himself to doing things the easy way, like cadets who’d grown up with the technology. “We should start falling through the top layer of atmosphere in forty-five seconds.” Ten could hear the excitement in his voice. “Time to see how good our heat shielding really is!”

“Ten?” Cody turned his head around to look at hir. “What’s wrong?”

“I don’t know!” ze burst at him. “I don’t know what’s wro-wrong with m-m-me! I feel like I’m having a hear-heart-heart attack! I don’t even know wha-what that feels like, but it must be a lo-lo-lot like this!” Stars that had no place in the sky were swimming in front of hir eyes now, and Ten blinked rapidly trying to clear them. Hallucinations? Ze couldn’t be having hallucinations, there was no reason for it!

Hir eyelids were fluttering fast enough that they blurred the back of Cody’s head. The stars were getting thicker.

“You need to take some deep breaths before you pass out!”

“My brea-bre-buh—” Ze stopped talking to save hirself the embarrassment. Obviously if ze couldn’t even get a word out, hir breathing wasn’t fine.

“Here.” Cody moved one of hir hands from around his waist up to his chest. His suit was too thick to feel anything through, but a moment later a reassuring thud pulsed through their combined grip. “You feel that? Breathe when you feel the beat.”

Ten would have argued, but ze didn’t have the air to spare for it. Ze pushed hir pride aside and tried to breathe along with the next slow thud. It was…harder than ze’d anticipated.

“Good,” Cody said encouragingly, and it shouldn’t have mattered because being good at breathing was a stupid thing to try and excel at, but the strange, crackling tension in Ten’s chest eased slightly. “Keep it up. Keep breathing with the beat.” The planet grew larger and larger, filling all of Ten’s view, looming immense and inescapable as the light surrounding their shields began to glow with heat. “Breathe with the beat, Ten.” Cody squeezed hir hand. “You don’t have to watch,” he said gently, his voice as sweet as any touch he’d ever shared with hir. “Just close your eyes and feel. Feel the beat. Feel me. I’m here with you. We’re together.”

And it might have been cowardly, and any other day Ten might have scoffed and rolled hir eyes at what seemed like such condescending gentility, but not now. Now ze pressed hir head tight to Cody’s back, closed hir eyes against the brilliant fire surrounding them, and focused on the beat.

Ze didn’t need to look death in the eye when life was holding hir hand.

Miles swayed back and forth like he was lying in a wave pool, like the kind he and Claudia had taken the girls to a while back. It had been nicer than he cared to admit out loud, the warm air contrasting perfectly with the cool water. He’d closed his eyes and floated for over an hour, until his kids had pulled him into a water fight. It was like being back there, except…he was cold. And dry. And—fuck.

He forced his eyes open and looked around the darkened interior of the pod. The emergency lights were on, and the locator beacon was beeping soundlessly—the speaker must have broken in the fall. His cadets were still, unmoving on the floor, and Miles reached out to them, ignoring the sudden stabbing pain in his leg. He touched Grennson’s neck—there was a pulse, a strong one, but he had a bleeding head wound. And Darrell’s own heartbeat was thready, and from the odd way his tunic sat against his chest, Miles could guess why. Shattered ribs, in all likelihood. More than the simple Regen kit in the pod could handle, but he pulled it free and gave them each a shot anyway. Grennson’s wound stopped bleeding, and Darrell’s breathing eased some, so it clearly hadn’t hurt.

Cadets stabilized, now he needed to stabilize their craft. Miles tapped into the computer with his implant. Current status?

Pod is 88.5% inoperable. Hull is cracked. The rate of leakage into the space between the outer and inner hull will force complete submersion in approximately five minutes.

The top 23% of the craft is yet uncovered.

Then they still had time to get out. The parachute that had deployed to keep them from dying when they hit the surface doubled as a life raft, if he could get it to inflate. Miles crawled to the hatch at the top of the pod and checked for it. Still there, still attached. Good. Activate raft inflation.

Affirmative. The raft puffed into life in front of him, and Miles breathed a little easier.

Location of detachable emergency beacon? It glowed into existence in his mind, much subdued compared to the motion of the other one. He grabbed it and tucked it away in a pocket. “Emergency kit? He took it and stowed it away, then gingerly slid the boys into inflatable vests, careful not to move them too much.

Speed of saturation is increasing. This pod will face complete submersion in thirty-four seconds.

“Shit.” Miles wrenched the hatch open, shivered for a moment at the chill air and the splash of icy water that entered through the hole, then lifted Grennson up. It wasn’t easy, but he got the cadet onto the raft and secured with just enough time to get an arm around Darrell before the pod was completely submerged, and water filled the rest of the interior. Miles held his breath and reminded himself not to panic. He could do this. He’d been in worse situations, and at least the chill of the water was numbing the pain in his leg.

Darrell’s best inflated automatically, buoyant enough to lift the cadet but slim enough that Miles could still get him through the darkened porthole. He followed and pulled the lever detaching the raft from the pod before it dragged the whole thing down, then got onto the raft himself before gently lifting Darrell up after him. He secured the cadet’s vest to the raft, pulled a thin survival blanket out of the emergency gear and nestled in between the kids, then covered all of them with it. They were both still breathing, and the beacon was going. If anybody was looking for them, they’d be found.

Before the next storm, he hoped.
Posted by Cari Z at 1:19 PM