Notes: A new chapter of Reformation, yay! With Jonah getting cabin fever, and then trying to fix it by tempting hellfire and damnation. Good job, babe ;) 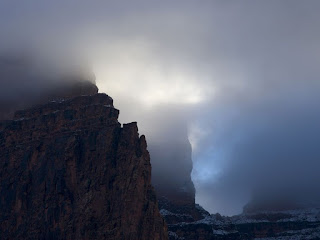 There were only so many things Jonah could do before he ran out of ways to be responsible. After he staggered into the bunker, he got Lacey set up on the cot and attached her to the Regen unit. Even though the serum didn’t work on her the way it would on him, it was still full of nutrients and painkillers and would keep her hydrated, which was better than nothing. He watched the slender needle penetrate her arm, read her values on the diagnostic screen and watched her pulse and blood pressure stabilize, and let out a sigh of relief. Lacey was as good as she was going to get right now, and still unconscious. He could move on to settling himself.

Jonah checked the cabinets and found the enhanced water, preserved food and a bunch of blankets. He drank until his thirst was gone, used a few of the blankets on Lacey and took the rest to make himself a pallet on the floor. He let the Regen unit check him quickly, not wanting to strain its resources, but apart from a minor electrolyte imbalance and fatigue, he was still good. He lowered himself onto his pallet and almost immediately fell asleep, with the satisfaction of a job well done.

Waking up was…not as satisfying.

Lacey was fine—she had moved from unconscious to asleep, and Jonah wasn’t looking forward to explaining to her exactly what was happening or what she was going to have to deal with, but she was stable for now, and that was the most important thing. The storm was still raging outside. They were safe, they had survived. Great.

There had to be more to do. Jonah went through the cabinets again, taking notes on all the food and water and rationing it out in his head. On one of the bottom shelves was an old-fashioned radio, the kind that had been passed around way back at the founding of the colony. They’d been prepared for a lot of contingencies early on, making sure people could contact each other and the colony ship no matter where they were. A lot of those emergency preparations had fallen by the wayside as the colony matured, but Jonah was pretty sure he could still figure out how to work the thing.

He pulled it out and attached a line from it to the generator, and held his breath as he waited to see if it would initialize. It should—it was practically an antique, a combination of analog and digital that hadn’t been popular since Old Earth, with no way to access an implant but with the span to detect most modern frequencies. It should work.

The screen flashed on, and Jonah rubbed his hands together. “Good.” He found the dial—an actual dial, a device that only saw regular use on Drifter ships and even there, was considered passé—and began scanning for frequencies. All he got was a lot of static.

Jonah frowned. “Maybe the concrete’s too thick.” He’d have to go outside. He was surprisingly okay with that.

It was still wet, cold, and blowing out there—surprisingly refreshing after the stuffiness of the bunker, which had a circulation unit to keep the air from getting stale, but that was sluggish at best. Jonah left the door open just a crack to keep the radio plugged in, and then propped the tarp he’d taken from the travois up to protect them from the rain. Jonah settled in over the radio and began to turn the dial.

There—a steady ping, ping, ping. That had to be the emergency beacon. At least it was still broadcasting. Jonah hadn’t been sure it had survived the shuttle’s descent into the ocean. He hadn’t seen a beacon inside the bunker yet, and until he was sure they weren’t going to be shot at again, he wasn’t going to turn it on even if there was one. A little further—these were the frequencies that were dedicated to the Box, the ones that the colony had originally inhabited. They’d expanded since then, but these were the foundations of Pandora’s communications. He should have been able to hear something from them. Instead there was just…an auditory blank. Not even static, just emptiness, like the wavelengths had been destroyed. Or were being blocked.

The shield. If the colony had gotten it’s shields up, then nothing was getting in or out. That was it. It had to be.

Jonah took a deep breath and kept going. He turned the dial as far as it would go, through all the available frequencies, and then back again. Nothing but the emptiness and the ping and—wait. There was something else, just on the edge of his hearing. It was so faint he thought he might be imagining it. He increased the power and reached for it again. It was fuzzy, but it was there. And—huh. It was getting clearer. Jonah turned the power to high and listened closely for a long moment. There was a particular rhythm to the signal, something kind of familiar, almost like—

“Shit!” He shut the power off and pressed himself back against the bunker as he looked up into the dark sky. Maybe he was wrong, maybe it was just a—nope. That wasn’t lightning, it was too steady. That was a contrail from a ship. It was too far away for Jonah to make out the specs for it, but that wasn’t important. What was important was that it was closing in on the coast, heading toward the left of the bunker, near where—

Plasma fire exploded from the nose of the ship, scraping over the cliff’s edge and down into the water indiscriminately. It rained hell down on where they had landed and below it, until a fireball erupted from the ocean. It was a secondary explosion—that had to be from the shuttle, it must not have sunk too deep. Well, it was sunk now.

The ship pulled back, then began to circle. Jonah hoped to whatever God there was that the bunker looked less like what it was from above. But nothing could get through the concrete, not this formulation, so even though they had the generator on they’d be safe.

Only…he’d left a crack in the door.

“Shit!” Jonah pulled the power wire free, reached over and heaved the door shut. He didn’t have time to get himself inside; he had to stop any signals as quick as he could. Even the slightest power signature might cause problems if the ship was especially touchy, but hopefully there was enough feedback left from the explosion that it hadn’t noticed them. Nothing was on, and he didn’t have any active implants or devices. He watched, breathless and afraid, as the ship circled closer and closer. At least if it shot them, it would be over fast. If it shot them…well. Cody and Garrett would have each other. Lacey’s dad had more family, he’d be all right. Everyone else would survive.

Keep moving, please keep moving, keep moving, go, go. And after a long, terrible moment when it seemed like the ship was going to come down right on top of them, it did move on. Jonah watched it disappear into the clouds, stayed where he was in the rain for another ten minutes just to make sure he wasn’t going to draw it back when he opened the door, then shakily reentered the bunker, set the radio to the side, and collapsed in a heap against the wall.

They—whoever was attacking them—were actively scanning for new signals. They hadn’t given a damn about the beacon until Jonah had started messing with the radio, and then…better safe than sorry, apparently. Even though the shuttle was underwater, it hadn’t stopped them from eviscerating it. So. No reaching out, no using the radio, no jury-rigging something that might help them penetrate the energy shield. He and Lacey were most definitely on their own.

“Someone’ll come looking for us.” Eventually. Once the threat was met—if the threat was met and contained. And without an emergency beacon, they’d be harder to find. Due diligence would eventually send someone to check the bunkers, but who knew how long that might take?
There were other things in the cabinet that Jonah could look at, down where he’d found the radio. Hardcopy maps, a schematic of the bunker itself. Right now, though, he couldn’t bring himself to try and tackle responsibility again quite so fast. Not when his last attempt had led them so close to disaster.

He sighed, got to his feet and dried himself off as best he could. He grabbed a ration bar and a packet of jerky, checked Lacey’s vitals one more time, and then grabbed the book from the table and settled in next to the cot. “The Road,” he said. “By Cormac McCarthy.”

It was time to gain a little perspective.
Posted by Cari Z at 10:40 AM