Notes: A little Cody perspective this time, because it turns out he can take care of himself, darn it. 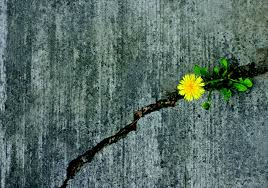 It didn’t take Cody long to realize that no one was going to work with him. Honestly, he shouldn’t have assumed otherwise. His grandma had made it clear that he was nothing to her, or worse than nothing—an interference she didn’t want to have to deal with. None of the mechanics even spoke to him, although he got plenty of sometimes-curious, sometimes-baleful glances.

Well, then. If he wasn’t going to be making any friends today, then he could work to accomplish his secondary objective. Multi-layered plans were a tactician’s greatest friend, and as much as Cody was learning at the Academy, he’d already sat at the hand of the master when it came to having a backup.

He grabbed one of the welding helmets from the wall, ignoring everyone like he knew exactly where he was going and what he was doing. He didn’t bother with the tool kit—Cody had a molecular repair wand in his own tool bag, which worked a hell of a lot better than the ones like this that burned—he sniffed—fossil fuels? Really? Wow. It was a wonder everyone on this ship didn’t have cancer.

Cody tucked the helmet over his head, covering up most of his hair—he’d thought about cutting it down to bristle-length a dozen times, but Ten liked it like this—and all of his face. He knew he was still being watched but he ignored it, grabbing an apron to go with the helmet and putting it on before accessing his implant. His head ached a little, but the mapping function came up easily enough.

“Main hall for engineering,” he murmured. The designation appeared in his mind, a glowing blue dot right beneath his feet. “From main door, leftmost hall.” He started walking toward it, a thin line appearing in his mind, the first strand of his rudimentary map.

“Hey!” someone called out. “Your girlfriend went the other way, Bound Boy!” Nice, Cody hadn’t heard that one before. He ignored the directions and the taunt, and continued until he hit the hall and started down it.

“Good enough for now.” He walked on, slowly, taking note of interesting features and doors into other compartments. The farther he went, the fewer people noticed him, until after half an hour he was still walking and nobody he passed—and there weren’t many of them in this part of the ship—bothered him at all.

This corridor seemed to be fairly close to the hull, if the temperature readings Cody was getting were correct. He’d left the original ship behind a thousand steps ago, but whoever had grafted these two together, they’d done a good job. It helped that the ships were the same model—Parvathan Stars, his memory supplied, probably about three hundred years old—but there were some noticeable differences. He stopped occasionally to zip a few sections together that looked on the verge of falling apart, either due to poor maintenance, poor welding compound or just…rust.

Holy shit. Who knew that anything was made with metal that rusted in the space-traveling era? The big advantage of meta materials was that you didn’t have to worry about them breaking down like origin materials would, because they took care of each other’s weaknesses and enhanced each other’s strengths. So strange.

Eventually he took a ladder up the side of the ship and to the hall just above it. This one was tighter than the first, more like a walkway, with a grate floor and a much closer ceiling. There was pink foam under the grate, and foam on the external-facing side of the hall as well. A quick probe informed him the foam was actually spray-on insulation. Spray. On. Insulation. Fire-retardant but not fireproof, and not the sort of thing you’d worry about in a part of the ship that wasn’t close to where people lived.

“Firetrap,” Cody muttered, then winced as the program wrote that onto the map. “Delete. Rename dwelling-adjacent walkway, once elevated from 1-a.” It did so, and Cody squared his shoulders and started walking again, careful not to touch the insulation any more than he had to. Toxic, so toxic. No wonder his dad had taken him and run out of here as soon as he could. Cody was surprised he’d survived to the age of five in this ship.

He managed two more levels before he sat down to have lunch, a protein bar that he’d brought along with him. The area he was in was criss-crossed with pipes that carried water through the ship, if the occasional drips that hit the floor were anything to go by. Cody wanted to imagine it was clean water, but he kind of doubted that the environmental scrubbers on this thing were anything to shout about. The best he could probably hope for was non-poisonous.

Drip. Drip. Drip. The noise was a little obnoxious. Cody looked around for the nearest drip and spied it a little under a meter away. He pulled out his repair wand, stretched over and touched it to the pipe. One quick zip later and the leak was sealed. He sat back to finish the rest of his lunch, and—

“No!” A kid—a tiny kid, he couldn’t be more than three or four—scuttled out from under a bent piece of siding that must have led through to one of the living areas. He had skin so black it looked almost blue, and wore a jumper than had probably once been yellow but was now settled firmly into beige. “Turn it on again!” He looked with distress down into the grating below the drip, then turned and firmly smacked Cody on the helmet. Ow. He pulled the visor up.

“She needs the water! Turn it on!”

“Who needs the water?”

Cody was still mystified. “Who is Missy?” The kid grabbed his arm and tugged until he bent over to look into the grate. At first all he could see was pink foam, but beyond that there was a sliver of the metal beneath it, and caught inside a crack—or was it a deliberate fault? It was hard to tell from here—was a yellow blossom nestled in a bed of green leaves. It was a—no. Really?

“A dandelion?” Cody murmured. “Seriously?” He knew they had a reputation for being able to grow anywhere, but on a Drifter ship caught between toxic insulation and rusty metal? The water must be carrying more nutrients than he thought. Which also meant it was probably dirty as hell, even if all he could smell right now was the underlying chemical funk of the foam.

“Missy,” the kid repeated. “She needs to drink.”

“How long has she been there?” Cody asked.

He nodded encouragingly. “Last time what?”

“You grabbed a few seeds the last time you went planetside?”

The kid shuffled his feet. “They grabbed me. And then fell off. And I found one and put it here.”

“Huh.” Of all the places to grow a garden. Cody nodded. “I get it. Okay.” He reached out with the wand and reopened the tiny gash in the pipe. “There. Water for Missy.”

Well, that was a matter-of-fact introduction. “I’m Cody. I’m nineteen. My daddy is a pilot.”

Zan frowned. “But you look engines.”

“I guess so. You hungry?” Cody shared the rest of his protein bar and a one-sided conversation with Zan, who was more than happy to talk up a storm now that his pet flower had been tended to. By the time Cody left, he and the kid were fast friends, and he promised to come and visit Missy again.

It wasn’t exactly the kind of interaction Cody had been expecting when he got out of bed that morning, but it was way better than nothing. He smiled through the next hour of mapmaking, walking over four miles’ worth of halls and traversing at least seven originally-separate ships before he got a message from Ten: Finally done. Heading back to our place. Meet me there? He sent back the equivalent of a nod, and had his implant plot the fastest route there given the information it had. Fifteen minutes, three ladders, and two stairwells later, and Cody was back in their dock, where Ten was waiting impatiently for him.

“The way this thing leaks I’m amazed it doesn’t just all decompress and kill everyone,” ze said as soon as ze saw Cody. “You think what I do is dangerous? I have nothing on these people, nothing, it’s astonishing they aren’t all dead of some ridiculous mold-borne illness because they don’t have the facilities to give people more than one shot of Regen a year unless they’re on the verge of death, which you would be all the fucking time here. Oh my god, you were on the verge of death all the fucking time! Why did Jonah wait until you were five? Why do I have to do this again tomorrow? Do I have to do this again tomorrow?”

“You do,” Cody said, setting the helmet and apron aside. “I’m sorry.”

“Hmph. On the plus side—and there was only one, and this is it—Livia is competent and not a complete idiot. So.” Ten flopped back on their cot. “What did you do today?”

Cody grinned and accessed his new map. “I’ll show you all about it.”
Posted by Cari Z at 9:18 AM