Notes: More Reformation! Back to Miles and Garrett, because they like to be in the thick of things. It isn't the longest one (lots on my mind today--omg it's election day, I wish it was over already) but interesting, I hope. 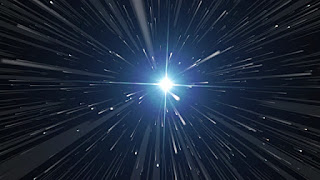 “I mean exactly that.” Miles wasn’t sure what it meant that his son could look so calm talking about Cody’s disappearance, but given the way his kid tended to repress, it couldn’t mean anything good. “He’s gone missing. Or rather, I know where he is at this point, but there’s no way I’m going to get him back short of dragging him out of a very precarious situation by abusing my authority, and I’m not going to compromise him or Ten like that.”

“I wondered where Ten was when I came to get the boys,” Miles said.

Garrett laughed. It wasn’t a good sound. “They’re inseparable. It could have broken a thousand regulations and laws and Ten still would have found a way to stick to Cody. That’s literally the only bright spot I’m seeing right now, apart from the fact that at least you got Darrel and Grennson. How are they?”

Miles leaned back in his ready-room chair and pinched the bridge of his nose. “Confused. Unwillingly excited. Afraid. Curious. You name it, they’ve probably felt it.” He was leading three thousand cadets so green they’d barely even sprouted into a battle he had nothing but bad intel for, and their youthful, endearing and stupidly optimistic outlooks were the only thing keeping Miles from giving his personal sense of foreboding more room to flourish.

“Not surprising. And your officers?”

Miles shrugged. “No one I’ve worked with before. They look good on the screen, but not many of them have active combat experience. I’m going to be doing a lot of live drills and handholding on the way to the Fringe.”

“When do you estimate you’ll get there by?”

“We have a twenty-one ship armada, ranging from two fifteen-person Quicksilvers to my seven hundred-person Annihilator. Not all of them have the same power, and while normally I’d send some of the fleet ahead to scout, something about this…” He tapped his fingers on the console. “It bothers me, beyond the extreme circumstances that brought it about. We have fluctuating data on the pirate fleet that makes anything we think we know suspect, and so little of it that it’s virtually useless regardless of numeric values. They could have anywhere from five to fifteen to fifty ships, and all I’m sure of with regards to weaponry is that it’s more intense than anything most Fringe planets are able to handle. Has there been any word yet from Pandora?”

“None,” Garrett said. He sounded like he was gritting his teeth. “I know their shield is holding, and I know if it’s still up then they’re still experiencing problems. Also, I can tell you that there are twenty-nine vessels in orbit above Pandora that have no recognizable Federation digital insignia.”

Miles frowned. “How do you know that?”

“I have my ways. I’m going to set up a link between my live data stream and your personal implant. It’s heavily encrypted, and should only be accessible by you. If it goes dead suddenly, you’ll know I either had to shut it down to prevent us being spied on, or I’ve lost the mechanism for getting the data in the first place.” He tapped a few things on his console, and a moment later Miles’ implant let him know he was receiving data. He opened it up to project in front of his eyes, and inhaled sharply.

“Satellites? I didn’t think there were any Federation ones that close to the planet that had survived the initial attack.”

“They didn’t. Everything emitting a Federation signal was incinerated within the first five minutes of battle. I used a few Fed satellites further out as bouncers, but this one is personal.”

Miles blinked. Even for Garrett, that was extreme. “You set up a personal satellite to orbit Pandora?”

“Disguised as a meteor,” Garrett confirmed.

“Years.” His son smiled grimly. “You can call me a lot of things, but you can’t say I’m unprepared.”

“That’s true.” Miles shut his eyes and examined the ship signatures for a long moment. All mid-sized, from the look of things, but that in and of itself didn’t really make any sense. This wasn’t how pirates operated. “Interesting that they managed to target Federation satellites so specifically. Those signals are supposed to be unhackable.”

“One more item for the list of ‘interesting’ things about this whole shit show,” Garrett said. “You see what’s going on now, of course.”

“I do.” Miles opened his eyes. “We’re going to have to recalibrate our shields if they’re going to stand up to heavy fire from our own weapons. I’m going to raise a lot of eyebrows in the engineering departments.”

“Let them rise. If your officers refuse to comply, you can always throw them in the brig or out an airlock, whichever is closer.”

“I’m serious. Don’t let your own people endanger your life because they don’t have their priorities straight.” He sat up in his chair. “Dad, if you happen to find evidence of a Drifter ship in the vicinity of Pandora, I need you to do your best to ensure that it survives, okay? This is really important.”

“I can’t say that for sure.” But there was surety in his son’s voice, in the cold glint of his eyes, in the way he clasped his hands together like if he didn’t, they’d be squeezing someone’s throat. “Just look out for them. Please.”

“Anything for you, kid, you know that.”

Garrett nodded. “I know. Claudia and the girls are safe, by the way. I made sure of it.”

“Yeah, she messaged me.”

“Okay.” Garrett looked down at his hands for a second. “Keep me updated.”

“I will.” Miles ended the call without ceremony—more emotion wouldn’t do his son any good right now. He took a moment to himself to read between the lines: Cody and Ten had run off with Drifters headed toward Pandora, there were twenty-nine ships that were far too big to be pirates waiting for them once they arrived, and those ships were armed with plasma cannons. Probably standard torpedoes too, but the cannons were the thing that would cut through their shields without too much effort. Normal countermeasures didn’t work on them, and in fact, they’d only begun installing the cannons in Federation ships within the past five years. Miles called for Shen Lin.

His personal secretary opened the door a moment later. “Sir?”

“Do me a favor and run an inventory analysis on all the public data we’ve got for Federation shipyards. I want to see where supplies have gone, more particularly which ships have been upgraded to plasma and which haven’t. I’d also like to see raw numbers for orders, if possible. If a shipyard received eighty cannons and only installed sixty, I want to know it.”

If she wondered why he was giving her what probably seemed like busy work, she didn’t mention it. “Yes, sir.”

“Forward all of your findings to Garrett. File it under ‘interesting.’”

“And if I don’t find anything amiss?”

“Then we’ll still know something important.” Namely, that Raymond Alexander has managed to get his hands on enough funds to privately, and quietly, build a fleet of his own, which almost certainly means he’s stealing money from somewhere. Either way, it would give them a lead. If Miles knew how Garrett’s mind worked, he knew that his son was already building a file of incriminating evidence. Anything Miles could do to thicken it, he would.

“Also, set up a group comm with all the captains in the rest of the fleet. I need to pass along some technical details.” There were sure to be dissenters when he proposed his strategy, but he could phrase it as a way to keep idle hands busy for the next few days, and a learning experience for the cadets. In the end, too, he could simply tell them to get it done and expect that they would. And if someone didn’t, well…

That would also be…interesting. Sabotage within the ranks should have been a minor threat, but the way things were going right now, and with so many unproven cadets under his command and care, Miles wasn’t going to take anything for granted.

He shook his head and reactivated Garrett’s stolen data feed. “Dismissed.”
Posted by Cari Z at 10:36 AM