Notes: Resolution! And I'm about to send our gents off in separate directions for a bit, so we'll see if Anton stays out of trouble. Ha. Hahahahaha. 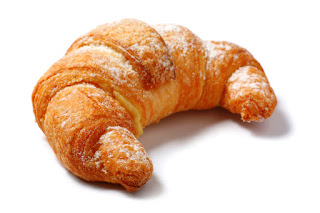 For a moment, Anton was sure he would fall from the train. He let go of the rail as he clutched at his head, helpless to resist the action as his pain reached a crushing crescendo. He actually felt himself fade back, a moment of near-weightlessness taking him as his body arced into the wind.


An iron grip fastened onto the front of his frock coat, grasping and hauling him forward inexorably. Anton leaned into Camille’s chest and tried to clear his eyes of the stars that floated across them. The worst of the pain was dissipating now—the shooter, or at least the gun itself, was moving away. Anton was still alive, and unhurt. And Camille seemed to be as well, which meant—


“Who?” Anton croaked, mouth unaccountably dry. “Who was shot?”


Camille’s face was hard, but his arm around Anton was surprisingly gentle. Strong, but not crushing now that he was no longer in imminent danger. “The conductor,” he said, his tone grim. “It was a ricochet. We have to get inside, now.”


Anton didn’t have a choice, though. He saw all these things as if in a daze, not quite able to listen as Camille spoke to Cassan, and then to Bert, before pulling Anton into the tiny hall that led to the rest of the cars. He ensconced them not in the lounge car, but in the Viscount’s former, palatial car, closing the door firmly behind them. He sat Anton down on the edge of the bed, then moved to the small beverage cart against the wall, still well-stocked.


“Drink.” Anton stared blankly at the glass. “It’s only water,” Camille added gently. “Nothing to blur your mind, I promise.”


“I wouldn’t mind a bit of blurring,” Anton admitted, but he took the glass and managed to hold onto the heavy crystal. The water was lukewarm, but entirely welcome to his parched palate. He drained it, then another as Camille refilled the glass from a silver pitcher. The third he was able to nurse a bit, and he turned wide eyes to Camille. “I didn’t know that would happen.”


“I didn’t want him to die. I just wanted to keep you from being shot.”


“Anton, none of this is your fault.” Camille tipped his chin up to look him in the eyes. “You do realize that, don’t you?”


“I had a headache,” he confessed. “It got worse and worse, and I thought it was hunger but it was the resonance spell. If I had realized sooner, I could have—warned you, warned him, something—”


“You didn’t make whoever it was pull the trigger,” Camille said. “Nor could you have prevented him from doing it with a simple warning. There was nowhere to retreat to from there, not unless we descended beneath the train again, and we didn’t have the time for that. You could not have stopped someone from dying in there.” Camille took a deep breath. “You did, however, likely keep me from dying. For that you have my deepest gratitude.”


“Well.” Anton tried to smile, but he couldn’t quite make his lips shape one. “You returned the favor when you prevented me from falling to my death, so I believe we should consider ourselves even.” Looking into Camille’s face now, so close and concerned, it seemed unbelievable that he had ever found it…nondescript. It was the most vivid, most real thing he had ever seen. He leaned forward as though caught in a whirlpool, unable and unwilling to escape. Camille didn’t move, let him draw close, closer—


“That would be the meal I requested,” Camille murmured. “You need to eat.” He stood up before Anton could protest, went to the door and opened it. The dark-haired porter who had cleaned Anton’s suit was waiting, tray in hand. Camille plucked it from him with a quiet thanks, then shut the door again.


Anton’s stomach twisted a bit at the smell of food. “I don’t know that I can eat right now.”


“A simple breakfast,” Camille promised as he set the tray down. “Just a croissant with jam and some strong tea. Without it I fear you’ll topple over in moments.” He uncovered the food and filled the blue china cup, then placed it on a saucer and handed it to Anton. “Try, please.”


“And what will you do while I prevent myself from fainting?” Anton asked a bit acidly before he took his first sip. It was a strong blend, very bracing. He added a bit of milk.


“I will think on the matter of who might want to kill you.”


Anton instantly shook his head. “That gun was aimed at you, not me! I’m a simple thaumaturge; I’m completely immaterial to this situation!”


“You, as you really are, might be,” Camille agreed. “But the man you’re impersonating likely wasn’t. Given the similarities between the knife and the gun, it’s logical to think that Consul Hasler had one or more connections here on the train. If someone has realized that you aren’t who you purport to be, they may take that quite personally.


“Moreover, murdering a lumière carries the stiffest of judicial penalties, even beyond those associated with killing a member of the nobility. We are the eyes and arms of the emperor, his tools for justice among the populace. If I were to be killed here, everyone aboard this train would suffer the emperor’s questioning. Whereas your death would merely result in a minor outcry, followed by the revelation that you were an imposter, and possibly involved in the original murder. Your death would be hard to explain, but very convenient if a scapegoat were needed.”


Anton stared at Camille, who looked right back at him, undisturbed. “Do eat the croissant.”


If Anton’s stomach hadn’t growled audibly at that moment, he would have ignored Camille on principle. He wasn’t a child who needed every action overseen, but he was beginning to recover his sense of hunger. He reached out and took a bite of the croissant, and had to close his eyes for a moment. Flaky, with a rich, buttery taste offset by the tart sweetness of the jam. It was just a croissant, but in that moment it was the first meal of a man who had narrowly escaped death only minutes ago. It tasted divine.


“Good,” Camille said, and Anton wasn’t sure why until he realized the croissant was gone, nothing but scattered crumbs across the dark velvet of his jacket marking it’s existence. He had practically inhaled it. There was a second one, and Anton took it without prompting this time.


Camille continued. “What we need to do next is identify the gunman.”


“But, wait,” Anton interjected. “If the conductor is dead, who is driving the train? Surely not his son—”


“Bert is far too perturbed at the moment to take over his duties,” Camille agreed. “No, Monsieur Cassan has a basic ability there. He said he took it upon himself to learn how to step in for any member of his staff, including the engineer. He will continue us on our way.”


“The consuls will demand we stop.” It was only reasonable. “After a second murder? They won’t want to continue, and with the conductor dead—”


“They will demand it, and I will refuse them,” Camille said. “But I need more information in order to tell them that without having to fight an angry mob of crows. We need to locate the gunman, or failing that, the gun itself. Can you find it?”


Anton sighed. “It would be a far easier task if it were being held. You understand that resonance spells need to have something to resonate against, yes? Most spells, even those engraved in metal, are fundamentally weak things. It isn’t until they’re being used that they gain power. If I were to unsheathe the knife I carry, and then lock it away in a box and shove it to the back of a wardrobe, the spells imbuing it would be practically inert. The resonation between the knife and gun while both were being carried, however, was nearly incapacitating. I am a strong thaumaturge, but spells requiring a…a gentler touch have never been my forte.” Caroline had chided him for his inability in that arena for years, eventually beating success into him through the twin mechanisms of challenge and encouragement, but she had a far defter hand.


“Nevertheless,” Camille said. Just that, and that was enough.