The Train: Chapter Seven, Part One

Notes: Murder! Mayhem! Not knowing who to trust! Things are picking up now, my darlins. I hope you enjoy this new chapter--we're actually getting fairly close to the end, although this is a couple I'll be revisiting in my copious (haha) spare time. 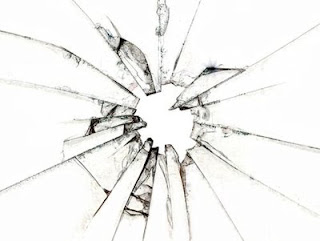 Anton calculated the radius of the resonating spell as he walked slowly down the train. It was primarily an exercise in keeping his mind occupied, and not dwelling on the fact that with every step he took, he felt more―vulnerable? No, that word was too soft, and not one he wished to lay claim to. He would rather say he felt less at ease being on his own now than he had before he’d been nearly murdered. Yes, that had a better ring to it. Regardless, every step took him farther from Camille, and despite still believing in the possibility that Camille had been the target of the attack, Anton had to admit he felt less secure being separated from the man.


He had the air of authority that seemed natural to so many aristocrats, those born and bred to be obeyed. It wasn’t suffused with the same effortless condescension that the vast majority of them had, though. Anton wondered whether the “lord” part of Camille’s title was more than simply ceremonial.


Anton bit the inside of his cheek. He needed to focus, focus… The radius was likely two to four meters. No more than that. The headache truly had been part hunger, part spell, so Anton would have to be fairly close to the murderer before he could identify them.


Happily, no one stopped him on his slow meander down the train. The vast majority of the passengers had been herded into the lounge car, to be dealt with by Camille, and nothing about any of them had resonated with Anton as he passed along their outskirts. Someone had to be missing, though, and Anton was determined to discover who. Carefully, of course. Very carefully.


He reached Sleeping Car Four, and would have continued along his path had he not discovered that his and Camille’s compartment door was open a crack. Anton’s head felt fine—no resonance disturbed him, but the voice he could hear muttering to itself from within the room did. He drew closer and listened quietly.


“No tackle, no rod, no reel,” the man—the pitch was too low to be anything but a man—said in a tone of dismay. “No tackle, no rod, no reel. No tackle, no rod…” A moment later there was a snap, followed by a guttural “Bloody hell!” and the sound of the faucet running. Ah. The man had sprung the trap on Anton’s holdall. The water wouldn’t do him any good—it might feel like his hand was burning, but the trap was actually based on a nettle-like reaction. His skin was swelling even now, and the pain would endure for at least a day. It was far from lethal, but it would lesson any would-be thief.


Anton drew a little closer, so that he might attempt to glance through the crack in the door. He didn’t desire a confrontation―far from it―but at least whoever was in his room right now wasn’t armed with a magical killing machine. A little closer…a little closer…he was about to lean in when suddenly, the door at the end of the hall opened. The familiar handsome face of the porter emerged, and as soon as he saw Anton, he spoke up.


“Is there any trouble with your room, sir?”


“Ah.” Anton heard the faucet abruptly turn off. “No. None at all. Everything is fine, thank you. I mean, well, as fine as it can be, considering,” he demurred.


“It’s a terrible business, isn’t it, sir?” The porter shook his head as he drew closer. “The death of the viscount, that terrible business with the engineer. Are you holding up all right? May I bring you a drink?”


“That won’t be necessary. It is terrible, but I’m bearing up well.”


“Are you sure?” Up close, the porter’s coquettish smile was slightly marred by a missing tooth, but he was still an undeniably handsome man. “If a drink isn’t to your fancy, perhaps a bit of private consolation would be more welcome. Your bunk mate will be busy for some time yet, I imagine.”


“I am sure he will, but I have no desire for company at this time.” Especially not when an intruder into my privacy is eavesdropping as we speak!


“As you wish, sir. The offer does stand, however.” The porter glanced at his door. “Is it sticking?”


“No, thank you, it’s…I was just about to go inside.” Perhaps the man within had found a decent hiding place, and Anton could enter and exit in short order.


“Very well, then. I’ll leave you to your work.” The porter moved slowly down the hall, glancing curiously back at Anton more than once. There was no help for it. He had to go in. Anton took a breath, opened the door all the way, and stepped inside the small room.


Consul Olivier stared at him in consternation.


“Oh, hell,” Anton whispered. He shut the door behind him, not taking his eyes off the consul. “Sir, what are you doing here?”


“I—I might ask you the same thing!” Olivier blustered, his florid face redder than usual, glistening with nervous sweat. “No tackle.” His voice was grim. “No rod. No reel. You are not the real Consul Hasler, are you? The man I corresponded with would not travel across town without his fishing gear, much less take on an assignment in an entirely new country! You, sir, are an imposter!”


Anton opened his mouth to say, The real man didn’t have any bloody tackle, rod or reel either! but knew that such an outburst wouldn’t help his cause. He cleared his throat. “I am a thaumaturge in the employ of Lord Lumière. The deception was necessary.” It was true, in the very strictest sense of the word. “The man you knew as Consul Hasler was not who you thought.”


“Why did you come on board this train?” Olivier thrust one swollen, ruddy finger at Anton. “If Hasler isn’t who you’re after, then why did you come here? What did you expect to find? You could not have known such things would occur—the murder of a viscount? Incredible nonsense! You must have been after something else. What was it?” He drew closer, his face contorted with fear. “Is it the Dévoué? Because I have nothing to do with them, I swear! Was Hasler one of them? I did not know when I got him this position. I would never pander to their cause!”


“What are you talking about?” Anton demanded, rubbing his fingers along his temple. “Who are the Dévoué?” Odd, that the translation device didn’t work on that word. It had to sense somehow that it was a proper noun, a name rather than a description.


Consul Olivier narrowed his eyes. “How can you not know, if you work for a lumière? What kind of assistant to the emperor’s intelligence officer doesn’t know of such things?”


“I have only been—” The strain Anton felt within his head made sudden, horrifying sense. He turned and slammed the lock closed on the compartment door, then dragged the chair in front of the handle. It quivered a moment later. Anton drew back against the far wall, the pain spiking as he craned his neck around the room, looking for anything that might get him and Olivier out of this. It was too late to cast a spell; he didn’t have enough time to prepare something defensive. The knife would not help him through a door, but the gun’s wielder could shoot him dead without even trying. The only option that remained was…


“The roof.” Anton picked up the nearest heavy object, the pewter pitcher beside the sink, and slammed it into the window. The first blow only cracked the glass, but on the second strike the window shattered, and Olivier actually jumped.


“What are you doing?” he demanded.


“You must come with me,” Anton said as he stepped carefully up onto the sink. Cold wind blew through the room, setting the drapes swirling. Anton gazed longingly at his holdall, but knew bringing it would only slow him down. He maneuvered himself through the window, wincing as a jagged glass edge sliced into his thigh. “Come if you want to live!” he insisted when Olivier had yet to move to follow him.


“You’re mad,” Olivier murmured, staring at Anton like he’d lost his mind. Behind them, the doorknob rattled again. “Mad! Why would I follow you outside?”


“Because the man beyond the door wishes to kill me!”


“So? I’m not you! You aren’t even you, you imposter! Perhaps I should inform him of that!” Olivier turned and strutted over to the door, heaving on the chair.


Olivier turned to glare at him. “You—” The bang of a gunshot ended his brief denouncement, a gory hole appearing square between his eyes. The killing bullet lodged in the wooden frame next to Anton’s head.


“Oh God.” Anton knew he needed to move―his very life depended on it―but for a moment the corpse of this garrulous, briefly-known acquaintance held him transfixed. He hadn’t actually seen the knife kill the original Hasler, not graphically. He hadn’t seen the bullet destroy the engineer’s face, hadn’t even looked at the bloody aftermath for longer than a telling glance. This? It was almost impossible to look away from. Brains oozed like sludge from the crater between Olivier’s eyes, which seemed to look at him accusatorily.


“I’m sorry,” he whispered, before straightening up and groping for the ledge on the roof of the train. There, there—the thin bronze railing that had seemed so bright and decorative in Paris might now save his life. As he pulled himself onto the roof, he heard the door in his room splinter apart. His assailant could now see that he’d gotten the wrong man. He could see how Anton had escaped.