Notes: More Rivalries, yay! We're getting into the dueling clubs at last, and I think we're going to have some very exciting moments in the next few installments, so...hitch your wagon up and stay tuned! (How's that for mixed metaphors?) Also, omigosh, if you're in a place that's unseasonably cold right now, I wish you all the warmth and electricity you need to get by. Keeping you in my thoughts, Southern friends. 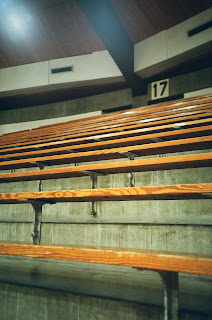 It was with a certain vindictive glee on Monday when Principal Cross stopped in during Charlie’s class with the seniors for her daily checkup—something she did to everyone, apparently—that Charlie mentioned to her, “By the way, ma’am, Ms. Jones and I will be running the introductory dueling club meeting for Stheno kids in the gym after school.”

Principal Cross paused on her way out of the classroom, her spine as straight as a ruler. “You will not,” she replied crisply. “Not without—”

“Our own equipment. Yes. It arrived this morning.” And hadn’t all of that been a bitch to load up and get to the school. It would have been next to impossible without Johnny’s help tying most of it to the top of the car.

Which they’d done together.

Because they spent the weekend together.

Principal Cross turned to face him more fully. “Indeed? I hope you didn’t attempt to use any PTA funds or pursue a grant through one of our parents. That would be—”

“Hmm.” She narrowed her eyes at him. “I didn’t expect you to barter with your tarnished valor, Sergeant.”

Well, that was particularly blatant, even for her. Charlie knew she didn’t like him, but he hadn’t thought her opinion was quite this low. “Nope,” he said, popping the “p” a little bit. “I wouldn’t do that.” The students were staring between them like they were watching a boxing match, waiting breathlessly to see who would land the next blow.

“Technically, you can’t ask me that question without filing a written report to be discussed at the next PTA meeting,” Charlie interjected. “Which is fine. I’m happy to discuss with the parents of this school why it was necessary for me to go to the lengths that I did to get equipment for the students of their sister school, which is going through a hard time right now, rather than…borrowing yours.” Using the gear you had stuffed in the closet, you meddling bitch.

Principal Cross wasn’t done. “Your access to the gym ends when the final bell rings.”

“You signed a form allowing Ms. Jones use of the gym until five three days a week.”

“For her only, for tutoring.”

“This is tutoring,” Charlie said firmly. “And she’s allowed to bring in any co-instructors she wants. At this point the tutoring is practically remedial, since these kids are starting practical application use later than their peers.” He nodded at the Euryale students. “Or are you going to tell me that the seniors who’ve been attending the regular dueling club aren’t ahead of the game?”

He smiled at her. “It’s all in the name of equal access for our students. And as you’ve been so gracious with the transfers so far, I’m sure this won’t be a problem for you.”

Her smile was so crisp it could have burnt bread. “Not at all. Good day.” She left with a brisk click-click of her heels, and Charlie sighed internally with relief.

“Damn.” Charlie looked toward the student who’d just spoken up. It was ‘Nanda, the girl with the powerful elemental knack. “I should make her some ice for that burn.”

“She’s not going to let you keep the gym,” Willard said confidently. “Sometimes we need it, when it’s raining outside or something.”

“Then your club can work next to ours,” Charlie replied. “You could practically play a football game in that gym, it’s big enough for fewer than a dozen students at a time.”

“Do you have the equipment for handling mental knacks?” Eloise—the emotional manipulator—asked suddenly.

She frowned. “Because Colonel Applegate only ever wants to work on physical and elemental knacks. He doesn’t give the ornamental or mental ones any attention, and I want to test if I can interrupt someone with my knack while they’re in the middle of using theirs.”

“You should be able to learn that,” Charlie said. It was a lot harder to intercede when someone was concentrating, but he’d seen other people do it. “You should also ask for a chance to work against other mental knacks. And he should be introducing all of you to some form of meditation, if he hasn’t already.”

“We’re not Jedi,” Willard said. He sounded bored. “This is the real world, not some imaginary place where we’re going to need meditate to ‘feel the Force.’”

Charlie shrugged. “I’ll be discussing theory around mental focus as it relates to knacks a little later in the semester, but for now let me just say that in the worst moments in my life, where I was inches away from dying, it was my ability to focus—that I practiced via meditating—that saved my ass. Meditation proficiency is mandated for people with knacks in every branch of the military and the CIA, FBI, all the alphabet agencies, so if you don’t start now, you can bet you’ll be getting a lot of it later on.”

In fact…there was no time like the present. “Let’s do an intro now,” he said, standing up and grabbing one of the markers from beside the whiteboard, “and we can make this another optional topic for your mid-term research paper.”

“Yes,” one of the kids whispered behind him, and Charlie smiled…but only where he could see it.

“Wow,” he said an hour later as he stared at the Stheno seniors sitting on the lowest level of bleachers in the gym. “You said it would be popular, but I didn’t think it would be this popular.”

Every single senior from Stheno High was there. There were sixteen total, which far outstripped the amount of equipment Charlie had gotten from Lisa.

Debra chuckled. “Don’t get too concerned,” she consoled him. “I told them all the first meeting was mandatory, then said we’d do one day a week focusing on physical and elemental, one a week on mental and ornamental, and one a week on crossover knacks and inter-discipline tactics. I figure we’ll get half this number on the average day. Some kids will come all the time regardless, but some will only come when it really fits their knack or their interest.”

Charlie nodded, gauging the group’s enthusiasm. They all seemed pretty perky…even Roland, who was sitting off in the corner by himself. Technically he wasn’t allowed to be a member of the dueling club, since he was a sophomore, but if he was going to be here anyway… “Scoot closer,” Charlie said to him, and Roland did so with a little smile.

“Okay, everyone. I’m Mr. Verlaine, but you can call me Charlie,” he said. “Ms. Jones and I will be teaching this club together. Has she already been over the ground rules?”

“No using your knack on someone without permission, no testing something you’ve never done before on another student instead of a teacher, and no sassing us or you’re out of the club for a week,” Debra reiterated firmly, and all the kids nodded.

“Perfect. I’ll add a few more as we go, but for now, welcome.” He smiled, and was gratified when some of them smiled back. “So, let’s jump in with a quick lesson on meditation.”

Because fuck if his kids weren’t going to know how to use their ability to focus to their advantage.