Notes: Oh my god, I did it! I managed to get some words down while my baby was napping! Have some Anton and Camille and dead people, enjoy, yaaaaay! 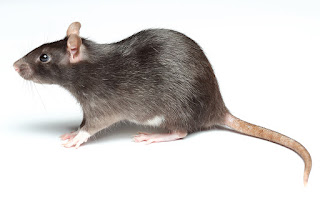 The second morgue wasn’t quite as neat and kept up as the first, but it was still a testament to the cultural fastidiousness of Zürich’s population. There was almost no smell of death at all, and while the walls and floor weren’t clean enough to eat from, they were a far cry from the charnel houses of London. This morgue was kept along a dark side street near the red light district, and while the stars were beginning to disappear overhead by the time they arrived there, there was still plenty of darkness left to assure a successful miasma.

The proprietor, a woman this time, let them in silently. She took the handful of coins that Camille proffered, pointed toward a heavy wooden door, then took herself off to another part of the house.

“Not really. Frau Schumacher and I came to an agreement over the bodies yesterday. She knew to expect us. And as she is functionally mute nowadays, I didn’t expect much in the way of verbal interaction.”

“Mute?” Anton blinked. “What happened to her?”

“I believe it was an unexpected side effect of a particularly nasty spell, but it’s impolite to speculate about such things. What affects one person one way—”

“—might have a completely different effect on another, yes, I know.” It was one of the first things any thaumaturge learned in school: you could predict the outcome of a spell down to the minutiae, that was what all the symbols and equations and paraphernalia was for. The less you left things to chance, to variability, the more control you had over the outcome. However, no spell was completely foolproof, and little things about the people you cast it on or around, from their emotional state to the clothes they wore to the changing direction of the wind, might wreak havoc on it. Anton still remembered an incident when he was young, when one of his fellow students cast an illusion on another, then promptly began shrieking with horror when the illusion made the boy appear as a hideously mutilated corpse, instead of simply altered to be paler.

Camille’s gentle touch on Anton’s elbow broke him out of his remembrance. “Shall we?”

“Uh, yes. Of course.” Anton led the way into the morgue, cool and quiet. A dimmed lantern already hung on the wall, providing just enough illumination to see the two bodies, five feet apart. “Which one first?”

Camille stepped up to the body on the right and checked beneath the linen cloth covering it. “This one. This is Jackson Clark, our most adept street mage. One wonders what the finder was being asked to find.”

“The palimpsest, surely,” Anton said as he set up his equipment again.

“Yes, but by what means? If it is as secret as I suspect it to be, then there should be no way to locate it directly. The more details with a finding spell, the better, correct?”

“Always. A resonance spell would have been ideal, but without coming into contact with the palimpsest there was no way to know the resonance of it.” Anton chalked the path to the body, then went back and lit his little flame. Camille kept silent, and a moment later, as the smoke wafted over the body, the scene played out. It was sadly familiar. The man writhed on the ground, caught in the grip of an unseen hand, and after a few moments, his throat was unceremoniously slit.

Camille sighed. “As I suspected.”

“If only some of them had invested the time in learning defensive spells.” Anton shook his head. “It might have saved their lives.”

“Yet magic is notoriously poor at being quick-cast.”

“Proper defensive spells are not quick-cast,” Anton replied. “Offensive spells might be, but that is a special branch of thaumaturgy that I’ve never delved very deeply into. Defensive spells, though, those can be linked to anything, like this charm I’m wearing to hide my face. They might not be very powerful, but they could be the difference between life, and…well.” He waved at the body of Jackson Clark. “That.”

Camille seemed interested, stepping closer as Anton began to set up for the final death miasma. “Do you employ them yourself?”

“Well, I didn’t before the—the incident on the train.” And it was a shame, because being better prepared might have saved Anton from several beatings. “But since then, I’ve begun studying it a bit. The knife, you know, was a variant on a defensive spell, a very powerful variant. I’d never go that far, but.” He shrugged. “It certainly pays to be prepared.”

“Indeed.” Camille looked down at Anton warmly, and he felt his cheeks heat in reaction. “You’ll have to tell me about the fruit of your studies at a more opportune moment.”

“I-I would be delighted to, of course.” Anton looked down and cursed himself silently for blushing. Would he never have better control over his own emotions where Camille was concerned? “Give me a moment.”

“Take all the time you need.”

Anton focused his energies and cast the spell for the last time. The smoke rose toward the fourth body, the final unfortunate soul who had been lost to this killer. Anton expected the death scene to be much the same as the others, but instead—

The man’s body jerked and flailed, staggering to his feet and dropping down to his knees again as he slapped ineffectually at his chest and face. His smoky mouth opened in a silent scream, hands clenched like claws on either side of his head. Something appeared to dart down his throat, and a moment later, he convulsed and fell onto his side.

The scene repeated. It repeated again. By the third time, Anton was more than ready to abolish it, and Camille finally nodded. Rather than looking disgusted, he appeared intrigued.

“Ah, now that is interesting.”

“He was…” Anton had seen this before, just not as violently. “He was being eaten alive.”

“Indeed he was. I knew that Garth Killian’s body had been found somewhat chewed, but—” he walked over and checked under the cloth “—I didn’t know that it was because he had been attacked by his own magic.”

“Give me a moment to confirm.” Camille pried the poor man’s mouth open and peered inside of it. “Yes. There’s a rat down there.”

Anton’s stomach swooped dangerously. “He was forced to swallow a rat?”

“He was. Mr. Killian was a very effective exterminator—it was his sole focus. For his own magic to be turned against him, or at the very least for his spell to be overwhelmed by someone else’s, he must have been killed by another thaumaturge.”

Anton slowly felt the logical part of his brain begin to function again with a little bit of distance from the horror now. “It’s hard to beat someone at their own game. There are intricacies that can only be known through years of experimentation and practice.”

“Indeed. So, it must have been a very strong thaumaturge, someone strong enough to force their will on a street mage with little to no damage to themselves.”

“The act of someone steeped in contempt for who he was dealing with, and filled with a powerful sense of his own abilities,” Camille agreed. “Well. This narrows the field considerably.”

“Where will you look next?”

Camille smiled, the warmth replaced by something sharper. “Why, at your university, of course.”