Notes: Shorter chapters as we careen towards THE END of this one! It's been a long haul, but the universe is changing and our darlings must change with it. A few more weeks and then...we'll see! 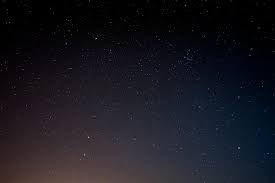 Jezria had settled into her chair to watch the battle play out between Federation and pirate forces with as close to a sense of equanimity as she was capable of. There was nothing she could do to help in any way—apart from keeping the Box’s shields up, which would at least ensure the pirates focused on the fleet and not civilians. Dr. Sims had worked miracles to keep the shield powered for as long as she had, up to and including sacrificing everything powering the city with the exception of the hospital. Over fifty percent of the population had withdrawn to shelters, and those would be self-sustaining for a time, but the people who had stayed were the ones that needed the most help. And there was nothing to be done for them but wait, and hope, and pray that the Federation fleet carried the day.

The fight was tense. More than once, someone else in the control room began to swear, their breath fluttering and their feet skittering nervously against the floor. Jezria dismissed them immediately. She didn’t have time to coddle anyone, least of all anyone on her staff. In the end, it was just her and Steven who stayed to see it out to the bitter finale.

And what a strange finale it was.

The fight had been back and forth, sledgehammer against scalpel, cat versus mouse for so long. Jezria watched as ships flickered out of existence, as pods careened to the surface of the planet, most but not all of them landing safely—not nearly all of them. She watched as the progressively-ferocious remainders of both fleets moved against each other, cold and clear-headed tactics going by the wayside as their captains became more desperate. And then—

There had been at least ten pirate ships less, she was sure of it. Her monitoring system’s designations weren’t as crisp through the shield, but they had done a decent job of tracking who was who. When half of the ships left in the sky suddenly vanished, no lingering flickers of power indicating a drain on their resources, just bam and gone in one brief burst of light, Jezria was initially suspicious.

“What just happened there?”

Steven was already looking into it. “I’m not sure. Our system is working fine, there’s no technical error. It appears as though they’ve been destroyed.”

“By what? What would take that many ships out in such short order? If the Federation had weapons capabilities like that, they should have deployed them before they lost half their fleet!”

“What we have just witnessed, Steven, is the sealing of a potential hole in someone’s overarching plan. Of course he did it this way, of course he did. He would never send out a group that could potentially be turned against his interests.” Jezria’s mouth twisted slightly. “I hope the person in charge of those pirates had time to appreciate his master’s betrayal before his ship exploded out from under him.”

“Sabotage.” Jezria nodded decisively. “How delightful.” The communications light was glowing, signaling a call from one of the ships above. Jezria had ignored all attempts at contact between her command and the pirate vessels, but perhaps this was someone with a new song to sing. She answered it. “Jezria Dowd here.”

“Madam, this is Captain Obede of the Federation flagship Endurance. We request permission for our remaining ships to land in your port so we can begin repairs and send out search parties for our surviving crewmembers.”

“The Endurance is a Skyblazer, from what I understand. That’s not a typical flagship,” she noted.

“The Endurance is the biggest ship up here now, madam, and I’ve been in command for the past five hours.” And he sounded it, the poor man, exhaustion underpinning his voice. “We’re holding together, but we need some ground time. Can you accommodate us by lowering your shield?”

Jezria felt Steven tense, and she patted the back of his hand. “Prove to me that you’re on my side and I will.”

“That fight wasn’t proof enough?” Jezria let her silence speak for her. “Listen, I understand that you have reason to be suspicious. None of this has gone off the way it should have. Forces should have arrived to support you sooner, we should have come in greater numbers, and we should have done a better job of identifying ourselves when we first arrived, but we appeared in the middle of a war zone, madam. Our flagship was the Triumph, and her captain was General Miles Caractacus. After he went down—”

“We think he escaped in a pod after his ship was destroyed, madam. All the more reason for us to get down as soon as possible and mobilize search parties. We’ve got a lot of people to pick up and the weather doesn’t look like it’s getting any better down there.”

Well, that was different then. “Transmit the frequency for your escape pods’ emergency beacons and I’ll begin sending out rescue shuttles immediately while you coordinate your landing, Captain.” After a deep breath, Jezria entered the code that would turn off the shields. “Welcome to Pandora.”

“Thank you, madam. I’ll be seeing you shortly. Obede out.” The connection broke, and Jezria turned to look at Steven, whose eyes were wide and curious.

“What does it mean, that Miles was leading the fleet?”

“It means that Garrett was out-maneuvered back on Olympus. He would never have approved his retired father leading an expedition like this.”

“Well, then what does it mean that the pirate ships were destroyed by someone on the inside?”

Jezria let herself smile now. “It means,” she said with a calm she didn’t really feel, “that Garrett got his revenge in some way. I can only hope that whatever our foe has planned next, he’s doing it a long way away from Garrett Helms.”

“Do you really think he’d abandon his position on Olympus, where he’s consolidated all of his power?” It was a bit foolish, discussing Raymond Alexander in such oblique terms when both of them knew exactly who was behind the attack on Pandora at this point, but Jezria knew that it paid to be safe.

“I think he probably doesn’t have a choice, at this point. Otherwise he would have rendezvoused with his protection. No, I imagine some very interesting things are happening back on Olympus. See what you can find out.” She pressed up from her chair with a low groan—lord, how long had she been sitting? “I’ve got to get ready to meet Captain Obede. Let Dr. Reynaud know we’re going to need emergency procedures at the hospital, and get everyone with a hint of medical training there to assist.”