Notes: Okay, so this is a shorter segment than usual. In my defense, my parents just came into town, my brother and SIL and their two kids come in today, I've been cleaning house nonstop not to mention working the day job, and we just got a dog (my brother's dog, in fact). I have a lot going on! This is a pretty exciting segment though, for what it's worth ;) 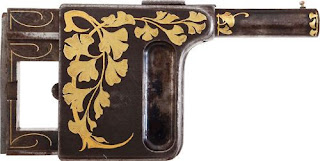 The wind hit Anton like a sheet of ice shattering against his body.


The train traveled higher into the mountains, the last vestiges of spring vanishing beneath the chill of freshly-descending snow. The flakes had just begun to fall, but Anton felt every one of them on his overheated skin. He struggled to his feet, then immediately lurched back down to hands and knees as the train started a turn. He could barely hear his own frantic breaths over the sound of the wheels on the tracks, but every hammering pulse of his heart rang through his body like a warning: run, run, run.


Anton began to crawl down the top of the train. It was gently convex, making it a little harder to balance on, but he wouldn’t have to stay up there long. He just needed to get far enough along to drop down between this car and the next, and get back inside. He would find Camille, and then they would…something. It didn’t matter. Camille would know what to do.


Anton glanced back and blanched when he saw a pair of hands grasp the rail. He forced himself upright and made his way to the end of the roof, looked down at the slender ladder on the side of the hall that connected this car and the next, and found the door it connected to―already open? A pale, frightened face stared up at him for a moment before the door slammed resolutely shut. Even over all the noise, Anton could hear the solid clack of the lock being pushed into place.


What was Madame Orlande doing down there?


Anton didn’t have time to indulge in the sudden realization of her complicity. Clearly he wasn’t going to get in through this door. The train had stabilized some: he took a step back, then jumped from the top of Sleeping Car Four onto Sleeping Car Three. He had to make it farther forward before Madame Orlande could cut off all his avenues of escape.


Anton glanced back and immediately wished he hadn’t. His would-be assassin was there—the porter, of course, who else could have known where Anton had just been? He held the gun that never missed in one hand, pointed squarely at Anton’s chest. It was a strange thing, small but broad in his hand. Why hadn’t he simply fired yet?


“The…book?” Under the guise of steadying himself, Anton inched backward. “What book?”


“The book you stole from the real Hasler! It wasn’t in the holdall.”


“What?” Anton was actually distracted from his own mortality for a moment by sheer surprise. He hadn’t moved the palimpsest.


“It wasn’t on that buffoon either,” the porter snarled. “Tell me where you left it and I’ll leave your corpse pretty enough to still be recognizable to your family.”


In a split-second decision, Anton decided to play along. Hopefully his assailant hadn’t noticed his gaffe a moment ago. “You want the book?” He patted his pocket. “You’ll have to come and get it. Shoot me now,” he added quickly, “and my body will fall from the train before you can catch it! You’ll lose everything!”


Anton’s body finally seemed to find its feet. He ran, veering a bit as he slipped on the wet surface of the roof, but he made it to the next car, and the next, without further incident. He didn’t dare look behind him—he couldn’t spare the time. He had to make it to the engineer’s booth. Madame Orlande surely wouldn’t get that far, and even if the door was shut, Anton had options once he got there. He could go beneath the train, find a place to seclude himself and wait for help. Camille would be looking for him. He would be—


A crushing weight slammed into his back, knocking him down onto his face. He was still two cars away from the engineer’s booth, but the porter had caught up to him. He hadn’t been fast enough.


Panic gave Anton the strength to roll over, extending his arms to keep the porter away. The man’s handsome face was contorted with anger, one hand holding the gun menacingly while the other reached for Anton, pawing at the front of his jacket. “Give it to me!”


“Get off!” Anton brought his legs up and kicked at the porter, who fell back a bit. Only once he was out of reach did Anton realize his mistake. The porter was too far away to get a hold on—too far away for Anton to keep him from pulling the trigger.


“I’ll take it from you once you’re dead, then.” He leveled the gun at Anton’s head. Anton’s mouth flooded with the taste of copper, his entire body thrumming with helpless energy. He was going to die, he was going to die for nothing—


Bang! The gun went off just as the train lurched into a screaming, laborious halt. The porter flew back, and the bullet went down into the car beneath them instead of straight into Anton’s brain. Anton felt his lungs start working again, a fresh fire stoked inside his chest. He threw himself at his assailant, desperate to get his hands on the gun. He needed to get the gun away from the porter, to throw it from the train. They grappled fiercely, Anton drawing on reserves he didn’t realize he had. It didn’t seem like they would be enough, though. The porter was taller, stronger—Anton was outmatched. The gun slowly came to bear between them, the muzzle coming closer and closer to the space beneath Anton’s ribs. Oh God, no, he couldn’t end like this. This couldn’t be it.


Anton barely registered the brief pressure at the base of his spine. The feel of a hand was there and gone, and a moment later the porter’s mouth lost its sneer, lips going slack. His fierce eyes slowly went blank, and his relentless grip on the gun released. A long-fingered hand retrieved it before it fell.


Anton rolled over onto his back and stared at Camille, dumbfounded. “You…you…”


Camille took one of Anton’s hands and wrapped it tightly around the rail. “Hold on,” he directed. “I must secure the body.” He did so quickly, tying the porter to the roof with his own shredded jacket. The knife still protruded from the man’s back, the black of its handle gleaming in a way that seemed almost satisfied. Anton watched in a daze.


“Now you must climb down.”


“They, and you, have no choice. Come. We need to get you inside.” Camille wrapped one arm around Anton’s waist and helped him scoot on his read toward the front of the car. It was undignified but effective, and within five minutes Anton was off the roof and back inside the train, this time in the lounge car. People gasped, and several women screamed. Anton had no idea how he looked, but his appearance had to be rather ghastly.


“Stay here.” Camille pressed him back into a chair. “I will return in a moment.” He left, and Anton had to bite his lip to keep from calling him back.


“He must be off to arrest another of them,” one of the consuls remarked.


Anton cleared his throat. “An…another who?”


“Another of the Dévoué, of course!” The man pointed toward the far end of the car. There was a body there, a small, slim body—Madame Orlande. The porter’s shot must have found it’s home inside of her. Beside her, his arms bound behind his back, her husband Bernard wept piteously.


Good God. What had happened while Anton had been running for his life?
Posted by Cari Z at 10:30 AM