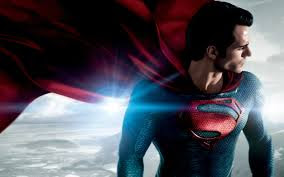 I know, this came out last week, why aren't I watching World War Z?  But I didn't write anything about it, and I usually do when I go to the movies.  It just took me a while to remember in this case, and that just about sums up my feelings regarding the new Superman movie.

Here's the thing: I've never followed the Superman comics, watched any of the TV series, or seen any of the other movies.  I know very little about Superman beyond the iconic figure of Christopher Reeve and the word kryptonite.  So, here's my question for those who love him: when do things ever really get rough for Superman?

For this movie, I think they actually did a great job of providing him with villains of comparable strength and skill--not surprising, since they used other Kryptonians.  They provided great back story, the actors were all very good for their roles, Henry Cavill is both talented and beautiful, and the special effects were fantastic.  Whole cities were destroyed in the midst of flying fisticuffs, and the Indian Ocean may never be the same.

But what happens now?  I suppose the Evil League of Evil (I know, not associated with Superman, just run with it) will threaten the people he loves in order to get their way...but seriously, this guy?  Resistant to the vacuum of space, stands up to crushing gravity machines, you can throw him through one or two or three or fifteen skyscrapers and he comes out still standing, and that's all before the laserbeam eyes...frankly, he is ridiculously powerful.  He is the Voldemort of the superhero world, and I just don't see a Harry Potter in his future.


Bow before the Man of Steel, puny heroes! 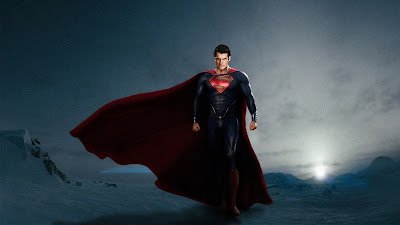