Notes: RIVALRIES IS BACK! Have fun with it, darlins. Short but sweet to get back into the groove ;)

Also, remember--Johnny is John now, because I needed not to have to main characters whose names ended essentially the same way. *facepalm* 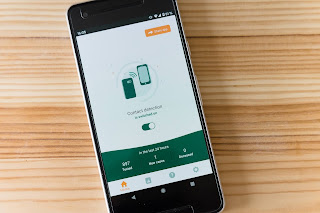 When his phone went off at three a.m., John knew it was going to be bad. He wasn’t entirely sure what flavor of bad it was going to be, but badness was assured. He grabbed for it, dislodging a still-sleeping Charlie’s arm from around his waist in the process, and checked the number.

Well, shit. He wasn’t scheduled to go into the lab again for another three weeks, which meant they had a special job for him to do. These ran the gamut from emergency knack replication to assistance in interrogation to once, memorably, helping to solve a murder by accessing a dead woman’s last retinal visual with the help of a very rare, mostly useless knack he’d picked up five years ago.

If they couldn’t even bother to wait until the sun was up, John was betting it was a murder. He silenced the phone, then went out to Charlie’s living room, shut the bedroom door, and took the call. “It’s really too early for this, Katherine.”

“Science waits for no one!” Katherine Mullins, the lead researcher on Project Discovery, chirped over the line. She looked just as bubbly as she sounded, with curling brown hair and apple cheeks—almost like a kid playing in her mother’s lab coat. In reality, Dr. Mullins was a brilliant scientist and an absolutely relentless researcher who was unfazed by little things like discomfort, pain, and potential death. She was the perfect face of the project: friendly, intelligent, and sociopathic. “And we just had quite the opportunity dropped into our laps. I’d like to pounce while there’s still brain activity.”

Oh, Jesus. “What are you talking about?”

“I’ll tell you all about it when you get here,” she replied. “Which needs to be within the next hour. If you hurry, you might be able to finish up in time for school.”

John knew better than to outright refuse. Katherine was reasonable most of the time, but had no qualms about reminding you who was in charge when it came to her research if you tried to play her. John had experienced that the hard way, more than once. Still…he had a lawyer and an ironclad contract for a reason, and now was as good a time as ever to leverage them.

“Nothing in our agreement requires me to be in the lab outside normal business hours,” he said, trying to sound confident.

Katherine paused, then said, “That’s never bothered you before.”

“I’ve never lived with someone else before while I’ve worked with you. I do now, and I’m his ride to school. This is very inconvenient for me.”

“Arrange another ride.” Ooh, she was getting short—nerve twanged, then.

There was another pause. “What are you angling for, John?”

Hmm, getting right down to it then. Maybe she was tired too, although John wasn’t actually sure Katherine ever slept. Her knack made resting her brain optional, which was probably how she’d gained four doctorates and an MD by the age of thirty.

“If I come in for you this morning, I want a favor in return. I need information on a knack, with the understanding that this is privileged information and you’re not allowed to use it beyond rendering your assistance to me.”

“That’s not a very enforceable restriction,” she noted.

“I’d definitely hate to make it necessary.” Boy, would he ever. John’s relationship with the military research department was the very definition of “mutually assured destruction” at this point. From the outside it looked like they had him over a barrel, but in reality he’d absorbed so many knacks in his years working with them, as well as studied so many tactics for using them, that unless they managed to catch him completely off-guard there was no way they’d be able to get the better of him in the short term. John had trained hard, for a very long time, to master some of the most destructive knacks on the planet while under their supervision.

They could ruin his life if they wanted to. He could burn their program to the ground on his way down.

Katherine hummed for a moment, then said, “Well, you’ve certainly got my attention. All right. We’ll make it a trade. I can’t promise a hundred-percent exclusivity on whatever information you bring in if it already replicates a knack we have on file,” she added.

“I understand. I really hope you do have it on file, actually.”

“Well, get in here and let’s find out!” She was back to sounding like a middle-aged Disney princess. “I love a good puzzle. Bring coffee, okay? A caramel macchiato, please? I’ll reimburse you when you get here. Thanks!” She ended the call. John sighed.

A warm arm twined around his belly, and John jumped before he realized who it was. “God, you’re too sneaky.”

“Sorry.” Charlie kissed the side of his neck. “They’re calling you in? Now?”

John shrugged. “Special circumstances. These things come up every once in a while. They’re annoying, but I’m going to leverage this one to see if I can get some information that might be useful to Ari.”

Charlie stayed quiet for almost a minute. “Okay,” he said at last, and John knew he’d done the mental math himself—discovery vs exploitation vs the potential for relief.

“Thanks.” For trusting me not to fuck this up.

“Thank you.” For caring enough to do this for me, for him. “Be careful, okay?”

“I will. If I can’t make it back before you have to head to school, I’ll leave a message.” Feeling greatly daring, John turned around, pressed up onto his tiptoes, and kissed Charlie before murmuring, “I love you.”

Charlie smiled. “I love you too.”

Awesome. Maybe it was going to be a good day after all.