Notes: It's a lovely long chapter this time. Also, mildly R-rated, so if you don't like "special alone time in the shower" scenes, don't read! 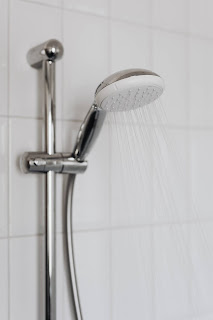 You’ve lost your mind. Lost. Your. Mind. It was the only reason Johnny could think of that he’d willingly volunteer to spend time with Charlie Verlaine. This isn’t high school anymore! You don’t have a crush! You have a high-maintenance job helping a bunch of kids who need you now more than ever, and they’re going to need all your energy!

It was true…but it was too late to take any of it back. And as much as he kind of hated to admit it, Johnny didn’t even want to take any of it back. The part of him that he tried to forget, the part that had had hopes and dreams that felt almost foreign to him now, bits and pieces that he’d tried to bury under work and training and more work—that part was ecstatic.

Charlie Verlaine! You get to spend more time with him!

Yeah, because he had crushed the man’s car in an effort to keep people safe. It had never even occurred to Johnny that Charlie wouldn’t be able to protect himself. He’d been so good at shielding, so strong, even back when they were still in school. When had he lost that?

Probably when he lost his arm, Johnny realized. He should have thought of that sooner.

Not everyone’s knacks were like his. That was good—Johnny had a devil of a time with his ability, and so did the scientists who were testing him left, right, and center. There was always something more to learn with his knack, and it kept him…flexible. Elastic, in a way. More like the way a child would learn to use their knack, perhaps—he couldn’t take anything about it for granted. But for people like Charlie? People whose knacks had come in young, who had been training to use them from an early age and gone on to refine their skills so keenly as adults? Losing the ability to train the way you were accustomed to could be enough to make you lose the ability to use your knack, period.

And Shields had always trained with both hands, Johnny remembered. Two hands. Not just one.

He can’t shield. Johnny frowned. And he’s teaching a class on knacks? How does that work? It had to work, though—somehow. From the look of Charlie, though, and from the look of the car he’d been driving, he hadn’t been living the life of teaching a bunch of posh little shits for very long. When had he even gotten his teaching certification? Who had gotten him the job at Euryale Academy?

These are all things you can ask him in person, the little voice in his head said mockingly. Use your words.

“Damn. Shit. Motherfucker. Oh my god, what have I gotten myself into?”

It was after midnight by the time Johnny got home. He might, might get five hours of sleep, if he was lucky, before he had to get up and get ready to stare down another day. He shouldn’t check his email, he should just go straight to bed.

He checked his email. The only pressing thing in there was a new message from Camille, Roland’s caseworker. Meeting with Judge Ramsey at the courthouse tomorrow morning at nine. Sorry for the last-minute notice, but it would mean a lot to Roland if you could be there.

Tomorrow morning at nine. When he was supposed to be helping integrate over a hundred high-powered, hormone-fueled students together in Euryale. When he should be meeting with teachers and keeping principals in line and a hundred other little things that fell to a guidance counselor that they didn’t tell you about when you picked your path. Johnny wouldn’t change it for the world, but he did occasionally look at his life and wonder why he’d chosen something so time-intensive as a career, when he already had so little time to himself.

It certainly explained why he hadn’t had a successful date in far too long. Online dating was supposed to make things easier, cut out the middleman of bar or club or workplace or whatever it was. Guide you toward someone who shared your interests, that you had things in common with. So far, it had mostly guided Johnny toward total jerks.

Wonder what that says about you.

Tonight had been a total nightmare, but he couldn’t say he regretted any of it. Well, no, he regretted Charlie getting hurt, he should have found another way to stop the car. He had so many different methods at his disposal, sometimes it was hard to focus on picking one. Hesitation, that had always been Johnny’s biggest problem when it came to his knack. If he’d hesitated much longer, it could have been him in the ER last night.

He regretted Charlie’s injury, but the conversation they’d had, the little bit of time they’d managed to spend together…he didn’t regret that. Like it or not, he was interested in Charlie Verlaine. Ignoring the fact wouldn’t make it go away—it never did, not when Johnny was infatuated. He couldn’t push things aside and hope they’d resolve on their own. He had to push, to pick, to scratch and wear away until they were clear to him. Right now, Charlie was opaque. Johnny wanted to clarify him. He wanted to spend time with him, and he was going to get his wish.

He was also probably going to be exhausted, but that was his call to make as an adult in charge of his own life. And it seemed like Charlie really did need help, even apart from providing a ride to school. He’d seemed so caustic last night, so…empty. Abandoned. Why hadn’t he asked Johnny to call anyone for him? Was there no one else to call?

For all that he’d been a mess, Charlie had also looked unfairly gorgeous. He’d always been good-looking, almost pretty when they were in high school, but now his smooth, sleek jaw had lengthened a bit, and he’d grown into the breadth of his shoulders. His hair was beautiful, long and sleek, and Johnny’s fingers itched a bit at the thought of working their way through it. He was slim, probably slimmer than he’d been in the army, but still fit, still handsome despite the fatigue that seemed baked into him and the loss of his right arm.

Honestly, while Johnny had of course noticed that he was missing an arm, he hadn’t focused on it at all until Charlie brought it up, and Johnny had known a verbal trap when he saw one. No, that was a topic to be avoided for now, he got that.

Maybe not forever, though. After all, they had a lot of rideshares in their future. Who knew what would come up?

Speaking of up…Johnny groaned and looked down at his crotch. “Not now, I have to sleep,” he muttered. His erection remained insistent. Did just thinking about Charlie really do it for him? Just imagining the feel of Charlie’s warm skin, a hand maybe, stroking down Johnny’s chest while he—

“God damn it.” Johnny stalked off to the shower. Whatever, he needed to clean up after the hospital trip anyway. He turned on the water, stripped down, and grabbed his toothbrush before getting in. He brushed and soaped up vigorously and fast, then slicked his hand with bodywash and rubbed his palm over the head of his cock.

“Mmmm.” Fast and hard had never worked well for Johnny—he couldn’t touch himself like he wanted to feel anything other than softness and expect to come. He’d never welcomed pain with sex, which had been a real disappointment to some of his one-night stands who’d been hoping to spank him, or fuck him without prepping him first. Fuck them, if they wanted to take a cock up their asses without getting stretched he’d oblige, but that wasn’t going to be him.

Speaking of…he stroked down his cock and cradled his balls, rolling and tugging them just enough to make them start to draw up, then moved down. He set one foot up on the edge of the tub, slicked his fingers up, then stroked them over his hole.

No. You need to go to sleep.

Good point. Johnny focused on the sensation, just the feel of his own two hands working him over. He gently pressed one of his fingertips inside of himself, his breath catching. He didn’t need to work his prostate over—the skin around the edge of his hole was so sensitive, so pleasurable, it was enough just to touch himself like this, to curl his hand around the tip of his cock and twist, gently, to think about nothing but his own body, his own hands…well, maybe someone else’s hand as well…

Just the thought tipped Johnny over the edge, making him gasp as he came in a rush. He hadn’t meant to bring Charlie into this, he really hadn’t, but god, he felt the pleasure of that thought all the way down to his fucking toes. He eased his finger out, straightened up and grabbed for the bodywash again with a sigh.

One more thing to keep to himself tomorrow.