Notes: Aaand the battle begins! We're off to a rocky start, so strap in, darlins. 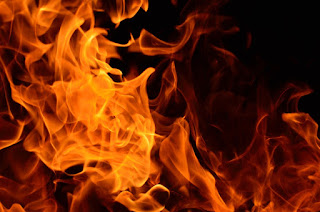 There was an uncomfortable edge to everything that Cas observed over the next few hours, a restless sense of urgency that he knew better than to ignore but couldn’t understand. It all seemed normal, standard for this family—they shared a meal together, Tiyana alternately fussing over her children and her husband, Amiru tolerating it while he talked business with Rone, and Freyne sitting on the outskirts like a chaperone who’d been disabused of his influence, but who couldn’t resist throwing in the occasional verbal jab.

When Amiru got around to explaining that they were going to share the hovercraft that was prepped to take Rone and his family home, because Freyne had appointments with more representatives of the Lords of Mind in the city, no one was happy.

“Do you want to project an image of royal poverty to your people?” Freyne asked acidly. “Is that why you’re shuffling me onto their hovercraft like some sort of castoff?”

“I wouldn’t mind projecting an image of fiscal responsibility,” Amiru replied calmly, “but given that you’re headed in the same direction and the only stop you’ll make on the way is at Rone’s home, this just makes sense. Besides, two of the palace hovercrafts are down for maintenance right now, and I’m not letting you take mine.”

“Why not?” Freyne demanded just as Rone said, “Because who’d want to be seen in that gaudy monstrosity?”

Amiru held up his hands. “Hey, blame the decorating choices on our father, not on me.”

“If it really bothers you, you could take mine,” Tiyana offered, just a hint of heat in her voice. “But all the entertainment equipment is programmed to play children’s songs as soon as the craft is under impulse.”

There was nothing amiss as they took their leave, other than grumbling from Freyne and a few complaints from Lilah that it was too early to leave, and she wanted to play some more.

“I’ll play with you both at home,” Cas promised, and Freyne looked at him disdainfully.

“So you’ve settled into a nursemaid role, then? That seems sustainable, for the time being.”

“Much more sustainable than jockeying for a sliver of power more than the meager share I already have, yes,” Cas said. He’d had it with this man, and his nerves were making him sharp.

“Don’t you dare presume to talk to me like—” Freyne cut himself off, closing his eyes for a long moment. When he opened them again, the anger had vanished from his face. He smiled, and it looked like it didn’t even hurt him. “Let’s be on our way, then.”

Strange. Cas shared a look with Rone, who turned and stared after his cousin as he stepped toward the waiting hovercraft at a brisk pace. They all boarded, took their seats, and the four-man honor guard took their places around them as the craft got underway. Commander Darven looked as restless as Cas felt, and fumbled the carafe of pomegranate liquer as he offered it around.

“Just give it to me, idiot,” Freyne snapped, standing up to snatch it from Darven’s hands. The commander opened his mouth, perhaps to apologize—

--but there was no time to say anything. Freyne cast the contents of the carafe into Darven’s face, then whirled and threw it straight as Cas even as he pulled a weapon from beneath his bright red robe and shot Darven in the center of the chest. The commander fell back, his mouth red-rimmed and gaping, just conscious enough for a few last seconds to choke on the remnants of liquer before the charred hole in his chest made choking to death irrelevant.

Cas batted the carafe out of the way and lunged for Freyne, but the older man was already firing at the rest of the honor guard, getting the shocked other three out of the way as he swept toward the hovercraft’s controls. By the time Case reached him and ripped his hands away from the board, the craft was already veering into a roll. He heard Lilah scream as the hovercraft suddenly flipped onto its side.

“You came to me,” Freyne hissed, his lips pulled away from his teeth in a mocking grin. Cas looked into his eyes—the pupils were uneven, one blacker than the other, larger, and crisped around the edges like a burnt pancake. Thrall. “Fool.” The impact of the hovercraft onto the manicured lawn at the edge of the palace grounds sent both Freyne and Cas careening into the viewport at the front. Cas twisted Freyne’s collar so that the man landed between him and the glass, which crunched under his back.

The hovercraft rolled once, twice, then finally came to rest back on its belly. The smell of burnt plastic and blood filled the air. Cas could hear people breathing, though—two of them small, in quick, panting gasps. Lilah and Shar were alive.

The same could barely be said for Freyne. Cas had used him as a mattress for the entire crash, and if the way his legs had gone limp was any indication, something in his back was broken. He stared up at Cas, still smiling.

“It’s already over. Terrible fire. No witnesses. All dead. You lose, Cas.” Too late, Cas noticed his hand fumbling with the energy weapon he’d used on the honor guard. He cocked the trigger mechanism back the other way, and—

Cas snatched it up and hurtled it through the broken viewport. Less than ten feet away it exploded, bursting into a flame so hot that he had to shield his face against the flare-up.

“Beren!” he heard Rone scream. “Are you all right? Beren!”

“Beren…Beren…” Freyne whispered in his ear, and it was her voice speaking to him, full of false pity. “What a sad lie. What a sad little boy. You’re all alone, Cas. If Freyne doesn’t finish you, the others will. You have too…many…weaknesses…”

“I’m not weak,” Cas snapped, pulling Freyne’s head up by the hair so he could see more clearly. There was too much of her phage in him—Cas wouldn’t be able to burn it out. Freyne was as good as dead. “And I’m not alone, either.” He reached out and, in one quick motion, snapped Freyne’s neck before turning back to his family. “I’m here, I’m all right!” He crawled over to them and found Rone with both of his children in his arms, tucked under his enormous body like baby birds. Rone had blood dripping down his forehead, and his eyes glowed bright purple. Lilah and Shar looked to have some bumps and bruises, but weren’t too bad otherwise.

“How many people can she enthrall at once?”

“Fuck.” Cas wracked his brain. “No more than ten? At the outside? If she gives up too much of her phage, she won’t keep her own shifting ability.”

Rone nodded grimly. “Then there are going to be nine more people we need to stop between here and the palace. We have to go back.”

Cas felt sick. This wasn’t supposed to happen—the kids weren’t supposed to be here for this. This should have been his fight, just his. “One of those people will be your brother,” he said quietly. “You can’t kill him. That’s what she wants, one of you killing the other. It’ll be a civil war.”

“I…can try.” If he killed Christala, then the damage would at least be mitigated.

“Then I’ll make sure that he lives.” The fire raged outside, the edges of the hovercraft beginning to burn as well.

Cas glanced out the broken door. “There are five people coming toward us,” he said. “They’re armed.”

“I know.” Rone handed the children over to Cas. “Get something, anything you can, to use as a shield for you and the kids. I’ll handle the incoming, then we’ll get back to the palace together.”

Cas shook his head frantically. “No, they’re phage-enhanced, they’ll work as a team, almost as one! You won’t be able to beat them.”

Rone’s eyes flashed brighter. “They’re not the only ones who are enhanced.” He reached over and grabbed Darven’s unfired gun from his hip holster, his eyes closing in a moment of painful acknowledgement of his friend. “Don’t move until you get the signal from me.”

“Rone, wait, let me—Rone!” He slipped out of the hovercraft before Cas could stop him. He longed to run after him, but Lilah and Shar had a death grip on each of his arms. They were in shock—Shar was trembling, Lilah barely breathing. Cas pulled them in tight as the sound of weapon-fire began to echo across the palace garden. Flames engulfed the nose of the hovercraft.

They had to get out of here.