The Tower: Chapter Ten, Part One

Notes: We're almost to the end! Poor guys, I'm giving them all hell right now. But there will be time to mend things. I doubt we're seeing the last of Anton and Camille in this story.

The Tower: Chapter Ten, Part One 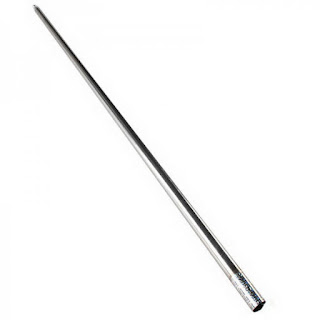 Anton couldn’t take the tenderness of Camille’s embrace for long, not with the truth battering just behind his teeth, threatening to grind them to dust if he didn’t reveal it. Better to get it over with and see if there was anything left of himself to salvage once Camille was gone. “He took it.”

Camille pulled back a little way. “Who took what?”

“Montgomery, he took the p-pal-palimpsest.” It was hard to force the word past his lips, but once he had Anton found it easier to get the rest of the sordid tale out. “He knew about it, somehow, he knew and he did something to me when he touched me. He—I couldn’t fight him, I tried, but he asked me to get it for him and I did.” Anton shuddered at the memory of Montgomery’s lips against the back of his neck, and the way Anton’s mind had rebelled even while his body had been in complete thrall. “I gave it away, I’m so sorry, I didn’t want to but I did it anyway, I—”

Camille cupped Anton’s face in his hands. “Take a deep breath,” he said, and Anton gamely tried. “Another. One more time…good. Anton.” He sighed and leaned forward. Anton expected a slap on the cheek, but he got a gentle kiss to the forehead instead. “You haven’t been trained to even identify that kind of dark magic, much less to resist it. Of course you complied, it was all you could do. And then he pushed you out the window.”

“He told me to fall, and I did.” Anton recalled the hollow feeling in his stomach as he tipped forward, the distant sight of the ground making his nerves quiver with fear. “I managed to catch myself on the arch. But the window…I couldn’t grab it. I thought I would fall again.” He looked up at Camille. “How did you get it open?”

Camille shook his head. “I merely flipped the latch. There was probably a spell on the window to make people avoid it, but of course that wouldn’t work on me. Are you well enough to move? We need to get your head seen to, and I need to speak to Dr. Grable.”

Anton gripped the edge of Camille’s cloak with desperate hands. “Have you even heard me? I lost the palimpsest, Camille! You trusted me with it, with something that could be absolutely deadly in the wrong hands, and I lost it! How can you want to have anything to do with me?”

“Anton.” Camille covered his shaking hands and squeezed them reassuringly. “You didn’t lose it, it was forcibly taken from you—there’s a difference. And you didn’t keep your notes in the same place as the palimpsest itself, presumably, so Montgomery still doesn’t know what it says. Not to mention, you still have the notes, don’t you? Somewhere?”

“I…yes, I do.” In one of the drawers of his desk, actually, with a simple concealment charm on them.

“Then we aren’t left with nothing. And lastly, if anyone should be held responsible for this mess, it’s me. I gave you the palimpsest in the first place and then sent you into the lion’s den. I should have known you would be a figure of interest after what happened on the train. We’re lucky that it took Montgomery so long to bring his focus to bear on you, otherwise you would likely have been targeted far sooner.” He looked grim now, his lips pressed tight together beneath his moustache. “The deaths of those four men are on me, if they can be blamed on anyone other than their killers. And even then, I think we’ll find that Beaufort and MacPherson might be less culpable than we first thought.”

“You…you think that Montgomery—” Anton suddenly remembered Percival’s plight. “Oh God, did you find Percy in time? Did he reach the river?”

“I found him,” Camille assured him. “He was in a state of deep conflict, clearly fighting with himself over whether or not to throw himself in the river. When I touched him, it was like breaking a trance.” Camille frowned again. “A deeply Catholic man would never commit suicide. And Harry Beaufort, while by all accounts rather reckless, would never throw away his future and all the wealth he hoped to accumulate by openly attacking his fellow students. I think we need to speak to Dr. Grable.”

Anton closed his eyes. “He will be so ashamed of me.”

“No.” Camille stroked warm fingertips down Anton’s cheek. “He would do better to be ashamed of himself. Come, let me help you up.”

Once he was shakily on his feet, Anton let Camille lead him down the long stairs to Dr. Grable’s office. It would have done more for his pride if Anton had stood on his own, but truthfully, he needed the support right now. His body still ached, his head throbbed where it had been split open on the slate, and he hadn’t quite shaken off the shock that gripped him. Montgomery a killer, a murderer. Able to do thaumaturgy that Anton couldn’t even identify, and the only reason that Anton was still alive was because of the luck of Camille’s timing and nature.

By the time they got to Grable’s office, Harry was mostly free of the stone, and spitting mad over it. “—dare you attack me this way, I will inform my father and he will—”

“Keep up that tone with me, boy, and I will put another rock in your mouth to gag it,” Dr. Grable told him. “Your father won’t be doing anything once he learns his son attempted to murder two of his fellow students.”

“I didn’t, though! I’m telling you, I—that—something is wrong here!”

In contrast to Harry’s raging, Percival sat quietly in a chair against the wall, his eyes distant and face dull. When he saw Anton enter the room, a tiny spark of life reentered his expression. “Anton, you survived!”

“Survived what?” Harry demanded, clawing at the granite still clinging to his leg.

Dr. Grable looked from Anton to Percival, then back to Camille. “Are we dealing with dark magic, then?”

“Pure force of will, in its most elemental form,” Camille agreed. “He had no need to employ the trappings of thaumaturgy to make it work either, although he did have to be in physical contact with Anton. I presume his tricks worked better on these two gentlemen because of longer exposure to them.”

“I killed a priest.” Percival sounded calm, but he wouldn’t quite meet anyone’s eyes. “I’m sure of it. I knew him a bit, socially, and I mentioned him to Gerald. I don’t know why he wanted him dead, but I remember…I remember waking up in bed with my hands aching, and a rosary I’d never seen before on my dresser.” He sighed deeply. “God will punish me for this sin, and I will deserve it, but I will not kill myself for it.”

“What the hell are you on about?” Harry demanded. “You haven’t killed anyone, and neither have I!”

“Don’t touch me,” Harry spat, trying to step backward. The stone still held his lower leg, though, and he only succeeded in falling to the ground. “Don’t touch me, I will tell my father about this and he’ll—” Dr. Grable forced Harry to meet his eyes, pulled out his silver wand, and drew a complex circular insignia on his forehead.

A moment later, Harry’s eyes went wide. “No.” His protest turned into a moan, and he shook his head hard, like an animal. “No, no! I didn’t—I would never—oh god, the blood, I—I—” He buried his face in his hands and began to keen.