Notes: We're so close to the end! This one is a little bittersweet, but that's what happens when you wage intergalactic war. Next time, we'll bring some people together instead of tearing them apart. 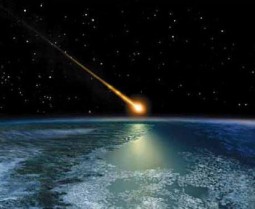 It was satisfying for Garrett, in a rather dark and shadenfreudian kind of way, to see every single one of his official lines of communication absolutely clogged with people wanting to talk to him. Senators, lower-level politicians, interplanetary business leaders—Garrett went down the list of pending contacts and took great pleasure in ignoring all of them. He didn’t have to care, not right now. He’d done just about all the caring he was capable of. With the news coming in that the siege of Pandora had broken, that the pirate fleet was completely destroyed, and that—tellingly—President Alexander was on his way off of Olympus for a distant sightseeing tour, well…it all added up to a whole lot of pandemonium. And that was what Olympus deserved, after the advantages they’d entrenched for themselves for so long.

“Oh, stocks are plummeting,” Garrett commented, full of faux-sympathy as he watched the indicators. “Incidents of direct and indirect rebellion on Fringe planets are worrying Central System lawmakers. Confidence in the office of the president is at a fifty-year low. Shocking. So shocking.”

“You ain’t fooling anyone, darlin.”

“I’m not trying to,” Garrett said, not glancing at his hallucination. “This is what you reap when you sow so many seeds of distrust in governance. It’s time for the Central System to realize just how much they’ve been taking advantage of the Fringe planets, and how hard that’s going to be once the veil of administrative secrecy is pulled back. They had a long-term plan for either getting rid of them or putting them into positions of abject servitude, and they’ve failed. Ha ha ha.”

“No.” No, he couldn’t do that yet. Jezria had communicated to him, just once, letting him know that she had no news about Jonah yet. His father was missing as well. If Garrett lost the little comfort he got from his friendly, imaginary sweetheart and had nothing to fall back on, he’d lose it. He knew it; end of ability, end of mind, end of heart. It was bad enough he still had no clue where their son was. He wouldn’t be able to take it. He just wouldn’t. “Not yet. Not until we know something certain.”

“This isn’t good for you, Garrett. You know that. It’s been too long.”

“It won’t be much longer.” He spared Jonah a smile. “I promise. Things are happening fast now. Look.” He enlarged a hologram and projected it into the air. “That’s Raymond’s personal ship. He’s about to take off. Run, run, as fast as you can,” he whispered. “Fly away. You’ll be hounded out of the entire civilized galaxy once more of your towers start to topple.” He watched as the ship lifted out of its landing bay, engines flaring as it fought to escape the thick, cloudy atmosphere of Olympus. It was a powerful ship, and moved smoothly upward.

“What’s that?” Jonah pointed at the far side of the screen.

“But look at its trajectory.”

“It’s on an impact course with the president’s ship.”

“He’ll evade.” Garrett watched the screen raptly as the ship shifted trajectories, then felt his jaw drop when he saw the unidentified object do the same. “Oh. Oh.”

“It’s…more like modulating its fall into him.” Garrett ran scenarios in his mind even as he watched the ship continue to waver in its course, trying to find a way out from under the shadow of its ever-nearing impact. “What the hell is that?” Whatever it was, it had some complex and very complete shielding. If Garrett couldn’t get a read on it, then he wasn’t sure the capitol’s sensors could either. “What am I overlooking?”

“Someone who wants to kill President Alexander, I suppose.”

Jonah’s comment hit Garrett like a fist between the eyes. He frantically opened a private channel and sent out a call. Nothing…nothing…finally he got recognition, voice only. “Berengaria, what the hell are you doing?”

“I’m finishing this,” she said. She sounded perfectly calm—if anything, she sounded satisfied. “Raymond has to go away, permanently. Isolating him and tearing him down from his seat of power isn’t enough; he’ll only rebuild, especially with no clear heir or opponent. And you’re not planning on sticking around, are you?”

“Then this is for the best.” She laughed a little. “He kept me like a fly in a web, like a sylph in a glass cage. But I made this cage my own, and now I’m going to show him what it feels like to have all choice in your future taken away.”

“What about your other brother?” Garrett pressed. “What about Kyle? He’s out there somewhere, and when he comes back he’s going to need family around him, someone to support and care for him.”

“The best thing Kyle could do for himself, and our family, is never return.” Her voice rang with sincerity. “I never believed in curses, but if any bloodline carries one, it’s ours. He needs to create himself anew, not rely on stale dogma and poisonous family connections. And if he does come back, I refuse to be a burden to him. I failed him—”

“You tried to save him.”

“But I failed him instead. You saved him, Garrett, you and your family, your friends. And I love you for that, but I can’t be of any use to him now, or to you. I refuse to be made into someone else’s pawn, no matter how much love they feel while doing it.”

Garrett clenched and unclenched his hands, desperate for something to do or say that could convince her otherwise. “You can still save yourself. Make a new life for yourself, take on a new identity. You can escape this!”

“I don’t want to.” She chuckled a bit. “I want to be with my brother. I haven’t seen him in person in nearly two decades, did you know? But I’ll see him now. And he’ll certainly see me.” A rising alarm sounded in the background of her feed. “Excuse me, I need to take his call.”

“Be well, Garrett.” She ended the transmission. Garrett watched, helpless, as the ships moved inexorably toward each other, Raymond’s doing its best to evade but, ultimately, unable to escape. Less than a minute later, there was an explosion.

Less than a minute after that, the pressure on Garrett’s lines of communication tripled.

“We have to get out of here,” Garrett said quietly. His hands were twitching, but he could still make them work. He waved away the holoscreen. “Before they don’t let us leave.” He’d been counting on a vacuum of power in which to make his escape more felt, but not one quite this sudden or severe.

“Where will you go?” Jonah asked.

“You won’t be able to stay there, if you really want to be done with this. The Senate will call you back, you know they will.”

“I know.” Fortunately he had a backup plan. It was temporary too, but it would safeguard him and his family for a time…whatever was left of his family. “Come on. Let’s go while we still can.”
Posted by Cari Z at 12:56 PM