Notes: I now it isn't long, but it's some of your favorite people! Jonah! Cody! Ten! Not all together quite yet, but still, we're getting there. Enjoy ;) 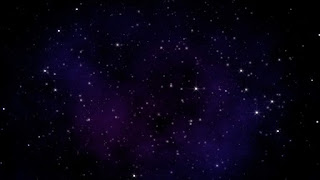 Jonah knew it was dangerous, but he had to get out of the bunker. He couldn’t stay and listen to one more rasping breath from Lacey, couldn’t listen to the Regen unit fight her body’s failure for another second. She’d been unconscious ever since the crash—two weeks, God, had it really been two weeks? It was incredible that she was still alive, but that wasn’t going to last much longer. Her organs were starting to shut down, and no amount of Regen was going to start them up again. She needed direct intervention, maybe even organ replacements, but until they got back to the Box…if they ever got back to the box…

Two weeks of failure. Two weeks of careful, delicate forays out from the bunker, so cautious after almost getting found. They weren’t far from the city, Jonah knew they weren’t, but the few miles might have been a mountain range for all his likelihood of making it through, while towing Lacey, and not getting shot down on the trip. The bombardment of Pandora City seemed to have diminished, at least, but there were still ships patrolling all around it, searching for breaks in the shield, for suspicious heat signatures, for new ways in.

There were no ships out tonight, though. Jonah lay on his back and looked up at the sky, beautifully clear after the last storm had blown over yesterday. The stars were sparse out here on the Fringe, none of the glittery nights he remembered from his brief stay on Olympus, but he could name every one of them. It had been a thing for Cody for a while when he was a child, learning all of the star names and then promptly making up his own, along with brand new constellations. Jonah raised a hand and traced a line between two faint white stars, looping it down to a third, reddish one near the horizon. The Fishhook, Cody had dubbed it. “But not a real one, Daddy, because it’s not nice to the fish,” he’d added seriously after telling Jonah its name.

“Good call,” Jonah had said. “I’m sure the fish will appreciate that.”

God, he missed his kid. He missed him like he missed home, but he was so grateful that Cody wasn’t here. Jonah was already failing one child. If he’d failed his own as well, he didn’t think he’d be able to live with himself. Garrett would probably have some strong words for him about that…but then, Garrett probably would have found a way out of this situation a week ago. It was only thanks to Garrett thinking ahead and stocking these damn bunkers that Jonah and Lacey were still going. Everything in there was a little reminder of his husband, and the only comfort that Jonah was likely to get at this point.

He wasn’t going to run out of food any time soon. He had the generator, he had shelter, he even had Regen for himself if he got injured again. None of that would be any good to him if Lacey didn’t make it, though, and at this point…well. He wasn’t sure what the odds were, but he’d be surprised if she lasted through the night. He should be in there, comforting her. Staying beside her, even though she couldn’t feel him, even though she’d never feel anything again.

Jonah’s breath caught in his throat, and he blinked hard to clear the tears from his eyes. Damn things, making the sky blurry, making it seem like the stars were…moving… Only, no. Those weren’t stars. And they weren’t satellites. Those were ships, the brightness of them visible to the eye for the first time, and they were—firing on each other?

Jonah scrambled to his feet and squinted up at the battle. What the hell? When had this started, when had things changed? Who was fighting who? A scope, there had to be some kind of scope in the bunker…

He wouldn’t be able to see much, but he was going to catch every detail he could.

If there was one thing Ten didn’t like, it was being told what to do.

Well, in perfect honesty, there would never just be one thing Ten didn’t like. The universe was full of things that were stupid, inefficient, incomprehensible, and just plain dumb. It would be impossible to list every single one of the things Ten didn’t like, because it was a list with no end. Every time one thing came off it, two more were added. But right at the top of the list was a dislike for being told what to do, because ninety-nine times out of a hundred, Ten had a better handle on whatever was going on than the supercilious person informing him of what had to happen next.

Quickly climbing that list, though? A thorough and virulent dislike of people trying to tell Cody what to do. Yeah, sure, Ten did it hirself every now and then because Cody wasn’t as alert as he should be and it was worrying, what if the man piloted himself into a black hole someday because he let himself get distracted by, whatever, fluffy catterpets needing adoption? It was the sort of thing Cody might do, was what Ten was getting at here. Ze couldn’t put anything by Cody when it came to being a self-sacrificing moron, which was why ze started putting in place precautionary measures as soon as Cody told hir the deal he struck with his heinous, hidebound, vacuum-sucking bitch of a grandmother.

“I’m mostly concerned she’ll turn tail as soon as we get to Pandora if things aren’t calm,” Cody had confessed earlier in the week, his hands stroking a nervous pattern across Ten’s back as they huddled together on their cot. Jack hadn’t been back to his ship ever since they first boarded. Apparently the matriarch of the clan was keeping him close. Ten snorted to hirself. Like ze’d ever rely on someone so fundamentally useless to assist with something as important as keeping Cody safe. “Bypass it and head straight on to Pollux.”

“It would be a waste of resources. Food, fuel, money—a total waste.”

“Yeah, one that she’d love to take out of my hide.”

“Good.” Ten had snuggled back in contentedly. “Then there’s not going to be an issue. Trust me.”

“I’m a genius, not an evil genius, of course no one’s in danger.” Not mortal danger, anyway.

“What makes you think I—”

“Ten.” That was Cody’s “I’m not kidding around” voice, and Ten responded to it even though ze didn’t like to. “Really. What did you do?”

“I…might…have reprogrammed a section of their hygiene protocols to force a massive overflow into the central tank as soon as our speed is cut enough to establish orbit.”

“What does that mean?”

“It means that as soon as we stop to take a look at Pandora, the shit tank is going to overflow. Like, massively. There are spilloff pipes, but half of those have been very slightly compromised, just enough to spring a leak or two or, perhaps, two-hundred and eighteen. It will force an emergency shutdown of the engines due to environmental hazards, and take at least a week to repair. And by that time, if we’re close enough?” Ze glanced over at Cody’s shrouded bike. “Well, I guess we’ll be hoping the modifications to that hold up, won’t we?”

Cody hesitated for a moment before a huge smile split his face, and Ten sighed with relief. Internally, of course, it didn’t do to share that ze had been nervous. “You think of everything, don’t you?”